The Mad Man in the White House again imposes his will on an entire nation. If any (more) proof was needed to show that America is no longer a... 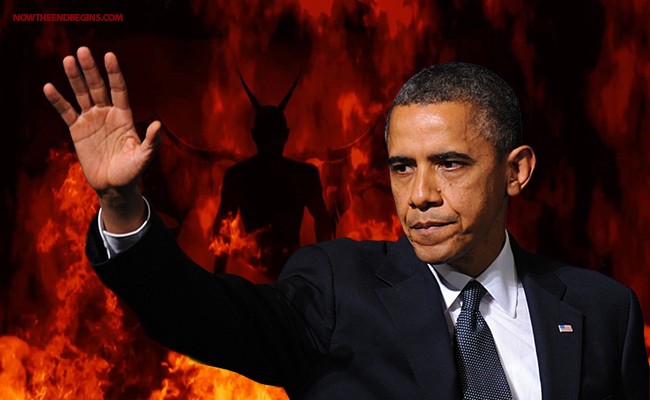 If there was ever a time when the Spirit of the Lord guided America, those days would appear to be over

“But the Spirit of the LORD departed from Saul, and an evil spirit from the LORD troubled him.” 1 Samuel 16:14 (KJV)

The headline that caught my eye tonight read “Iranian Aggression Since Obama Nuclear Deal Looms As 2016 Headache For Democrats“, it was one of those things that make you slap your palm to your forehead and shout “don’t they know what they’re doing?!?” But in that moment of frustration, all of a sudden it was crystal-clear to me. No, they don’t know what they are doing, they have no idea. God has blinded them.

In the Bible, oftentimes God would judge a wicked nation by giving them a wicked king. Bingo.

Watching the demonic machinations of Obama and company as they spent many months in the beginning of this year crafting the anti-Israel, anti-America Iranian Nuclear Treaty was more than a tad surreal. I mean, here is a deal that is so bad, so lopsided in Iran’s favor, so completely against the nation of Israel that a 1o-year old could tell you how bad it was, and it passes in both the House and the Senate. If you wanted to reduce the entire deal to a single sentence, it would be this: “Iran gets 150 billion dollars and the right to do whatever they want with their nuclear program.” Because, let no one tell you otherwise, that’s exactly what’s going to take place as soon as everything is signed. The passage of this bill will make America the de facto enemy of Israel, and no amount of financial and/or military aid we will supply them will mitigate that in any way.

When Iran is fully up to speed with their revamped nuclear military program, and Iran fires that first nuclear-tipped rocket at Tel Aviv, it will be as if we dropped the bombs on Israel ourselves. America’s fingerprints will be all over every one of Iran’s missiles. Yet, amazingly, there is no outcry from the American people that amounted to much of anything, no protests at the Washington Mall, no candlelit vigils at 1600 Pennsylvania Ave. Nothing. The Mad Man in the White House again imposes his will on an entire nation. If any (more) proof was needed to show that America is no longer a Christian nation, then this is certainly that.

The Iranian Nuclear Deal is only one of many manifestations of how God has allowed an evil spirit to settle in over the United States.

In a mere 7 years, here is a random sampling of how Obama has transformed America:

The more Obama dishes out, the more the Congress, the Senate and we the America people are willing to take. Yes, some in Washington pay lip service to putting an end to this treasonous treachery, but somehow those plans never seem to get enacted. Even Trey Gowdy and his team, for all their bluster, were unable to make anything stick on Hillary regarding the 4 men she had killed in Benghazi. He actually helped her to get closer to winning the Democrat nomination.

America has insisted that it doesn’t need God, and now, God has given us what we asked for. We told Him to get out of our schools, our courthouses, our healthcare and our government, and He has obliged us by removing His Holy Spirit from leading us as a nation and replaced it with an evil spirit. How else do you account for the dark and twisted hole that Obama has forced America to fall down? How else do you account for the near complete lack of any resistance from the American people? Obama has free reign to do anything he wants, and he will not quit until he finishes the job of finishing America. He’s almost done.

The scariest place in the world to be is anywhere that God isn’t.

America has become that Godless place. Our national future is going to go something like this:

“Turn you at my reproof: behold, I will pour out my spirit unto you, I will make known my words unto you. Because I have called, and ye refused; I have stretched out my hand, and no man regarded; But ye have set at nought all my counsel, and would none of my reproof: I also will laugh at your calamity; I will mock when your fear cometh; When your fear cometh as desolation, and your destruction cometh as a whirlwind; when distress and anguish cometh upon you.” Proverbs 1:23-27 (KJV)