"Remember that during the Crusades and Inquisition, people committed terrible deeds in the name of Christ," Obama said. "In our home country, slavery and Jim Crow all too... 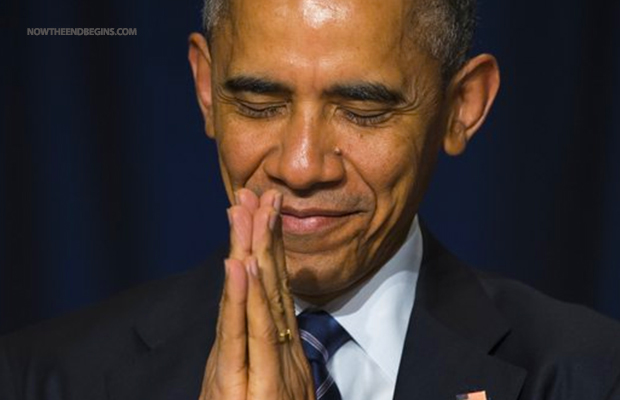 Obama offered a special welcome to a “good friend,” the Dalia Lama, seated at a table in front of the dais among the audience of 3,600.

“If ye be reproached for the name of Christ, happy are ye; for the spirit of glory and of God resteth upon you: on their part he is evil spoken of, but on your part he is glorified.” 1 Peter 4:14 (KJV)

At this year’s National Prayer Breakfast, President Barack Obama had words of support for “all religions” including Islam, but a stinging rebuke for the followers of Jesus Christ.

Obama, seated at the head table, pressed his hands together in a prayer-like position and bowed his head toward the Dalai Lama, then gave him a wave and a broad smile.

While barely even bothering to acknowledge the horrific events of the past week that were committed in the name of Islam, Obama did take the time to bash Christianity:

“Unless we get on our high horse and think that this is unique to some other place, remember that during the Crusades and Inquisition, people committed terrible deeds in the name of Christ,” Obama said. “In our home country, slavery and Jim Crow all too often was justified in the name of Christ.”

I find it amazing that at the National Prayer Breakfast, “christian” president Barack Obama has nothing good to say about Jesus Christ. That should be telling you something about what he really believes.