Tavis Smiley, PBS host, has decided that it's never too early to play the race card. Because when you do that, then people of diverse ethnic backgrounds who hold... 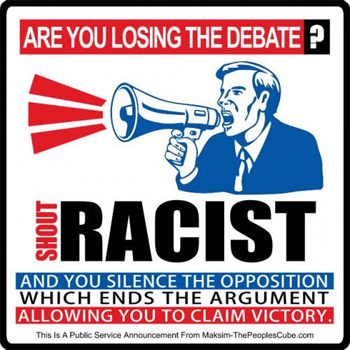 Banking on the “N” word

Tavis Smiley, PBS host, has decided that it’s never too early to play the race card.

Because when you do that, then people of diverse ethnic backgrounds who hold public office can no longer be held to any reasonable standard of accountability for their actions or workplace performance.

So under the race card banner, Obama cannot be criticized for 15% unemployment, $5.00 per gallon gas or the swiss cheese border to the South. With the race card, YOU become the hater of diversity instead of simply a critic.

Sadly, though, using the race card, while it does have some short-term benefits, in the long run all it does is make you play to people’s fear and insecurities. There is no standard that forces you to improve or to hone your craft. It’s kinda like when a Public School teacher gets tenured. All that job security can sometimes make you self-satisfied and lazy. Standards and accountability are what makes you better at what you do. The race card is a relic that needs to stay in our past, it has no part of our future.

Are you listening to me, Tavis?