The share of black Americans living in poverty under Obama expanded from 25.8 to 27.2 percent.... 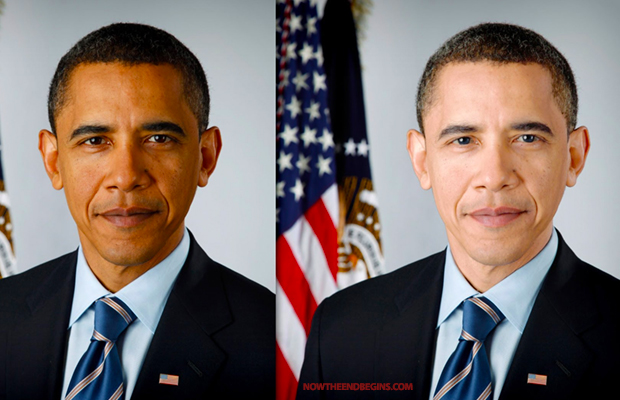 He is by far the most racially divisive individual to ever occupy the White House.

Today was a sparkling, clear, sunny day in Selma, Alabama at the commemoration of the 50th anniversary of “Bloody Sunday,” a civil rights march in which protesters were beaten, tear-gassed and trampled by State Troopers as they walked across the Edmund Pettus Bridge. Approximately 40,000 blacks from all over America assembled to remember those who suffered on that day in the name of equality and freedom.

There were various speakers on hand, some of whom marched across that bridge back then, and had every reason to feel a nostalgic sense of pride at how far this county has come in race relations since that turbulent day. On the other hand, front and center was Barack Hussein Obama, a man who has endured about as much oppression as the Queen of England.

Poverty for whites has increased under Obama. Overall, 14.3 percent of Americans were below the poverty line in January 2009, versus 15.0 percent in 2012, according to the latest available data from the Census Bureau’s Current Population Survey. Similarly, the share of black Americans living in poverty expanded from 25.8 to 27.2 percent.

Oh, of course he was there in all his resplendent glory, speaking in front of that adoring crowd of American blacks in his fakey-Southern-preacher dialect. The hair on the back of my neck stands straight up when he does that. It’s insulting and an obvious tool to pander to those who look to him as some kind of demi-god simply because of his skin color.

Your “black” President doesn’t have one blessed thing in common with you. Not a thing. He’s never known economic disadvantage. He grew up attending the most prestigious private school in Hawaii. He had enough disposable income to buy, sell and smoke enough marijuana and crack to open his own business.

Then, as he was about to start at Columbia University, he magically scraped up enough money to enjoy a lengthy trip to Indonesia, Pakistan then on to India. How many struggling college kids are able to do that?! He went on to attend the extremely prestigious and expensive Harvard Law School. Hmm. Want to know who paid for that?

It wasn’t his Daddy, that’s for sure. Actually, it’s been revealed that the parents of Weather Underground terrorist Bill Ayers, were partially responsible for financing his college education. Know who else did? The government of Saudi Arabia. No kidding. That’s one reason he bowed to the Saudi king right after he was elected President, while on his world-wide ‘I-Hate-America’ tour.

I wonder how many of the black folks in that crowd in Selma, Alabama today grew up with those kind of advantages. Heck, how many Americans of any color do? I sure didn’t! Apparently being white ain’t everything. But let me continue to point out the differences between you and your so-called black President.

Did you get that? Your President’s ancestors didn’t come here as slaves—no, Obama’s ancestors were selling your ancestors! And Arab Muslims are the leading purveyors of the human slave trade to this day, including child sex-slavery.

Yet this man has the unabashed gall to stand up in front of you, presenting himself as a person who can identify with the historical struggle of the average black person in America. Exactly what, pray tell, has your President done for the black community? A big fat nothing, that’s what! He lied to you, promising the sun, moon and stars to get elected and what has he done since?

He’s taken 38 luxury vacations in the last 6 years, totally more than $33,441,728.00 in taxpayer money, that’s what. That doesn’t take into account all the trips Michelle and the girls have taken by themselves. You see? While millions of you are scrimping by on food stamps and unemployment, he’s on the golf course with Tiger Woods and rubbing shoulders at cocktail parties with Jay-Z and Beyoncé. And, believe me, he doesn’t give YOU a second thought.

How on earth could you listen to him today as he spewed his contrived nonsense? “The single most powerful word in our democracy is ‘we.’ We the people. We will overcome. Yes, we can. Fifty years from Bloody Sunday, our march is not yet finished. But we are getting closer.”

Who’s “we?!” Who is he talking about? It sure isn’t himself! He’s never known a day of struggle in his entire pampered, narcissistic life! He doesn’t know you! He looks down his privileged nose and laughs at how easily he can manipulate you, simply because he’s got darker skin than any other President before him.

He is by far the most racially divisive individual to ever occupy the White House. I sincerely pray you will open your eyes and see this usurping liar for what he is. Stop listening to him! He doesn’t know you, and he never will.

Black America, you deserve better. We all do.