But it’s what he did next that’s sparking fury, as Lemon then proceeded to hold up an unredacted sign with the N-word on it, asking viewers whether the word... 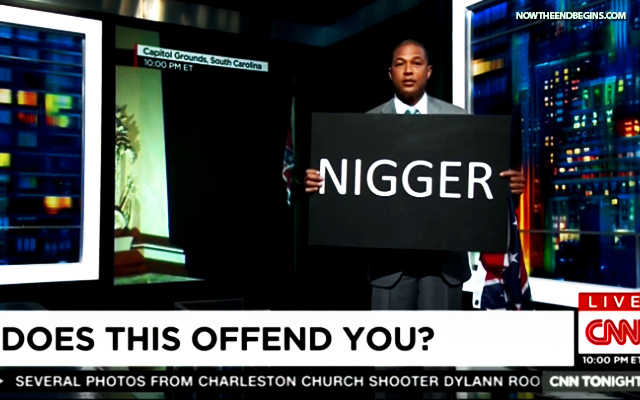 EDITOR’S NOTE: In America in 2015, racism and race baiting in big business. Failing networks like CNN pull stunts like this to pull in viewers, and the big boys like Al Sharpton and Jesse Jackson have built whole corporations around shaking down people with “white guilt”. The New World Order uses it in places like Ferguson, Baltimore and McKinney to start highly-destructive open race riots in the streets. Racism will go away when we decide to make it go away. Until then, it will continue to be a lucrative revenue stream for the race baiting exploiters. Shame on you, Don Lemon and CNN, for needlessly causing more strife and division.

CNN Tonight host Don Lemon opened his show on Monday night by holding up both a Confederate flag and an uncensored sign that included the N-word — an act that is getting quite a bit of attention.

But it’s what he did next that’s sparking fury, as Lemon then proceeded to hold up an unredacted sign with the N-word on it, asking viewers whether the word bothers them. “Does this offend you — this word?” Lemon asked. “President Obama said it out loud in an interview, and a lot of people are shocked.” source