‘Why isn’t Al Sharpton protesting this?’” Sharpton said. “You have people feeling that I wouldn’t go in because it was three blacks that killed a white and no justice... 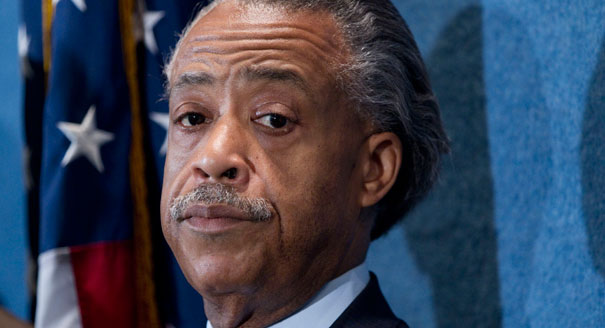 Al Sharpton loves to fan the flames of #hatethem

That’s why he wouldn’t lower himself to the level of a race-baiting demagogue who hypes up just any old crime to push himself into the headlines.

Actually, I could care less…

For starters, all the perpetrators have to be the same race. Then, it has to be racially motivated – and only Al Sharpton gets to decide whether it is or not. Finally, “the system” has to show to Sharpton’s satisfaction that it’s not working as intended.

That’s why he has nothing to say about the brutal killing of an Australian baseball player shot to death Aug. 16 in Duncan, Okla., apparently by a black teenager who tweeted things like”90% of white ppl are nasty. #HATE THEM.”

On Thursday, Sharpton was asked on his “PoliticsNation” show on MSNBC why he hadn’t addressed the shooting of 22-year-old Chris Lane.

Not my problem, the reverend replied.

“I protest when I’m called in and when there’s an injustice,” he said. “The three were arrested, there was nothing to protest. The system worked there.

“And racial? Not only did the police not say it was racial, one of the three were white.”

That’s in contrast to the Trayvon Martin killing, Sharpton implied, where he saw fit to insert himself into a neighborhood tragedy, fan the flames of racial antagonism in the United States, and post another entry in the Al Sharpton race-baiting hall of fame.

Except for a couple of things.

No one called Sharpton in to the Martin killing. He sniffed out a chance to take his hustle on the road and took it – getting some prime media coverage for himself and pushing a narrative that his Democrat accomplices will ride, to their everlasting shame, into the next election –  especially in Florida.

The police didn’t say the Martin killing was racial either, but a lot of people did, Sharpton among the loudest and most unavoidable of them, simply on the basis that the shot teen was black and gunman George Zimmerman wasn’t. And that storyline was pushed heavily by the media – including NBC, which deliberately doctored 911 calls between Martin killer George Zimmerman and police dispatchers to make it look like Zimmerman was motivated by race.

(And don’t forget the infamous, hitherto unheard of racial category of “white-Hispanic,” which the New York Times invented for Zimmerman when it turned out he wasn’t nearly as white-Teutonic as his name implied.)

And the system worked there, too. Zimmerman was investigated for hours after the shooting and was not arrested at the time — against the recommendation of police — because the local state attorney determined there was not enough evidence to convict him of the killing if he claimed self-defense.

He did and there wasn’t.

So, no one called Sharpton in. The police didn’t say it was racial. And the system worked. But none of that stopped Sharpton’s obscene antics before Zimmerman went to trial, it didn’t stop him while the trial was in progress, and it damn sure hasn’t shut him up since — since “the system” worked again.

And he can’t understand why people think he’s a hypocrite.

“…. My friends over at Fox and Donald Trump and others say, ‘Why isn’t Al Sharpton protesting this?’” Sharpton said. “You have people feeling that I wouldn’t go in because it was three blacks that killed a white and no justice was done.”

Who would think that? Doesn’t everyone know Al Sharpton has standards? source – Biz Pac Review