Al Sharpton has headed to Ferguson where he will give an interview at 11:00AM this morning, whose only purpose will be to stoke the fires of violence and racism,... 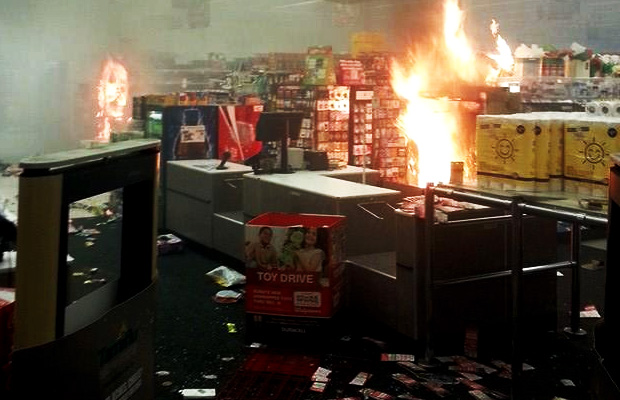 The spirit that now worketh in the children of disobedience

Immediately following the reading of the jury verdict of no indictment for Darren Wilson, all hell literally broke out in downtown Ferguson. Reports of gunfire, vandalism, looting, robbing, and burning local businesses down to the ground have been coming in around the clock. 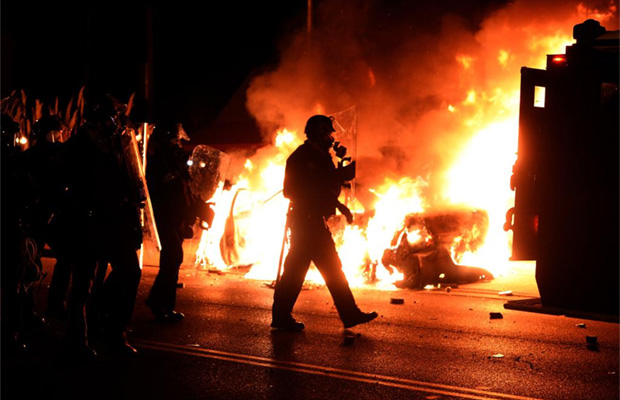 But as I watch the carnage, I struggle to understand how robbing the local liquor store and vandalizing the cell phone store sends a message to the world about “police brutality”. What the world is seeing are criminals using any excuse to steal from and terrorize their community. The Ferguson police are showing amazing restraint. 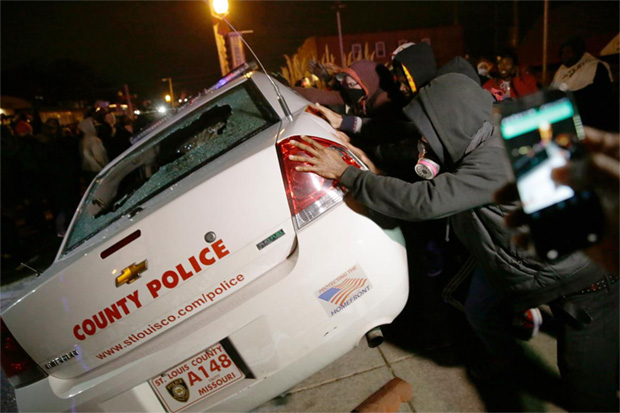 Al Sharpton has headed to Ferguson where he will give an interview at 11:00AM this morning, whose only purpose will be to stoke the fires of violence and racism, and to try and keep the destruction going for as long as possible. I have yet to read one quote from Sharpton, Jackson, or any of the other race-baiting liberals telling the protesters to cease and desist. But you won’t. This is what they want, this is what they live for.

As Ferguson burns, and lives and businesses destroyed, it reminds us how the violent and cowardly actions of the few can cause incalculable devastation for every one else. What you are seeing is the spirit of Antichrist, the spirit of the Devil whom the bible says comes not but to seek, and to kill and to destroy. Please pray for peace in Ferguson today. 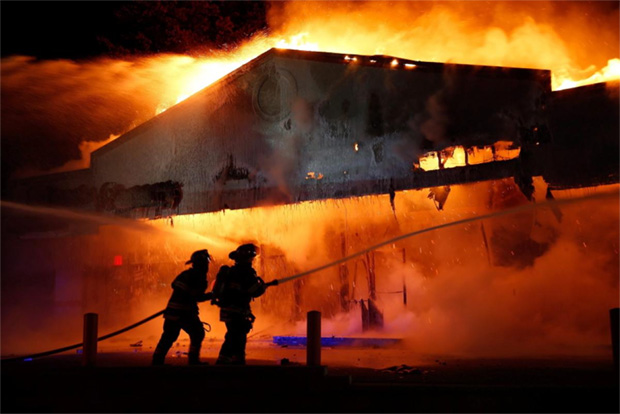