Almost immediately, the decision ignited protests in the Missouri city, as demonstrators clashed with police.... 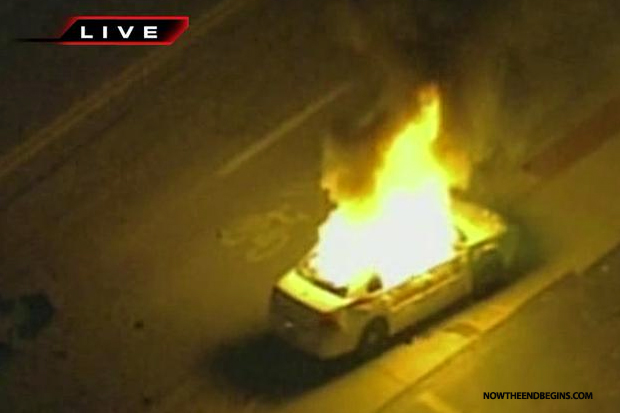 Almost immediately, the decision ignited protests in the Missouri city, as demonstrators clashed with police.

Gunshots were reported near the Ferguson Police Department, and authorities used smoke and pepper spray to disperse crowds near the building after some protesters smashed the windows of a police car and threw rocks and other items at authorities.

President Obama said anger is an ‘understandable reaction’ from people who believe ‘the law is being applied in a discriminatory fashion,’ a reference to Wilson being white and Brown being black.

‘What we need to do is try to understand them,’ Obama said.

And referring to a growing feeling of distrust between urban blacks and mostly white police forces, he warned that healing the rift ‘won’t be done by smashing car windows. That won’t be done by using this as an excuse to vandalize property. It certainly won’t be done by hurting anybody.’ 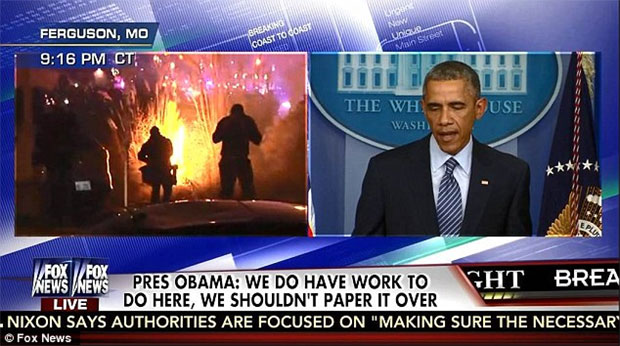 STUDY IN CONTRAST: ‘No drama Obama’ pleaded for calm while riots erupted in Ferguson

‘There is no excuse for violence,’ he said. ‘Those who are only interested in violence and just want the problem to go away should realize that we have work to do here.’

As the president spoke, cable news channels broadcast split-screen views of an imperturbable Obama on one side and angry reactions on the other.

In one shot, dozens of protesters were seen trying to overturn a squad car not far from police headquarters. Thy dispersed only when tear gas canisters erupted.