The $263 million would pay for body cameras for police officers to use and expand training for law enforcement in an attempt to build trust in communities such as... 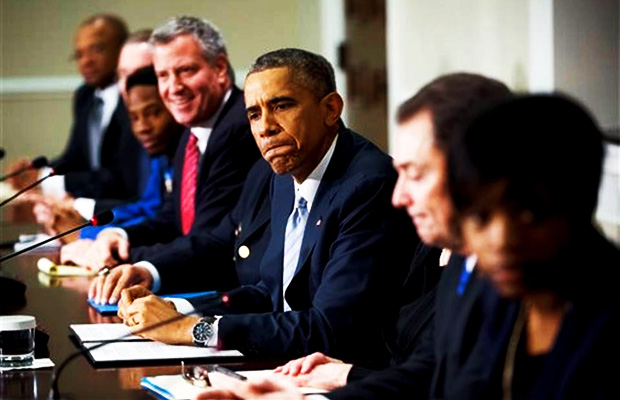 President Obama will ask Congress “for $263 million for the federal response to the civil rights upheaval in Ferguson, Missouri, and is setting up a task force to study how to improve modern-day policing,” Reuters reports.

The Ferguson Police Department includes 72 personnel including 54 commissioned officers and 18 civilian support staff. $263,000,000.00 is a lot of money for that little amount of people. What do you think Obama wants to spend the rest of it on?

The $263 million would pay for body cameras for police officers to use and expand training for law enforcement in an attempt to build trust in communities such as Ferguson, where a grand jury decided not to indict a white police officer in the shooting death last summer of an unarmed black teenager.

Obama brought in a series of civil rights leaders and various elected officials and community leaders to discuss how to respond to the challenge presented by Ferguson.

Read the rest of the story on the Weekly Standard…