Barack Hussein Obama Will Be The Last United States President

Under orders from the Commander-in-chief, the city of Boston used this false flag event to run a real-time exercise in martial law. That is exactly what they did, and...

The End Of The Line?

The United States of America was started by Puritans with the Holy Bible who made a covenant with God for the new nation.

America at its inception in 1776 was a wonder to behold. James Madison said this: 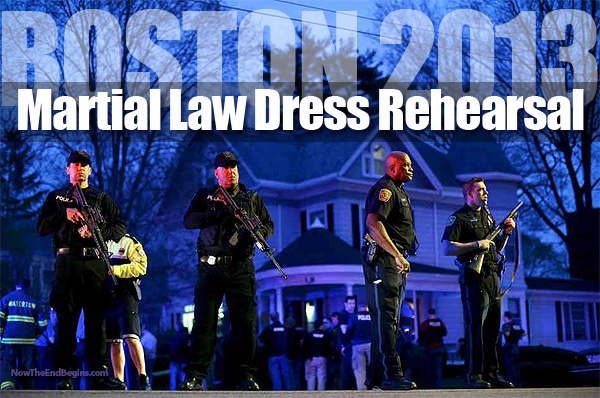 But America in 2013 is not a country that James Madison or any of the other Founding Fathers would even recognize. God and His Commandments have been thoroughly expunged from public schools, courthouses and Washington, DC in general. The murder mill of abortion takes the lives of well over 333,000 unborn babies a year. Right now, President Obama is using the full faith and credit of the United States government to raise money and support for Planned Parenthood.

Obama is so enthusiastically in favor of sacrificing babies on the altar of Planned Parenthood that when he was a state senator he voted 3 times against the “Born-Alive Infants Protection Act”. The bill recognized babies born after attempted abortions as persons and required doctors to give them care.’ Obama voted to withhold that care. 3 times. Under his recently-passed Obamacare bill, abortion is now taxpayer-funded. That means that all America shares in the killing of these babies, their blood is upon all of us.

The lessons from Boston

Last week we watched in shock and horror as two Muslim terrorists planned out and executed the bombings at the Boston Marathon. When it was over 4 lay dead and scores wounded and fighting for their lives in the hospital. But for those who were paying attention, the bombings were not the real story. The real story was the dress rehearsal for martial law that had well over 1,000 armed-to-the-teeth urban police commandos locking the entire city of Boston down while they “searched” for the lone, skinny, 19 year old terrorist who was hiding in a boat.

By running this exercise – Martial Law 1.0 – they accomplished a variety of things in one event: Boston became paralyzed, not by fear, but by the police. They went from house to house, forcing out people they “deemed a threat” at the point of a gun while making over one million people stay indoors. Why did they do this? Under orders from the Commander-in-chief, the city of Boston used this false flag event to run a real-time exercise in martial law. That is exactly what they did, and was exactly what you saw with your own eyes. They were hiding in plain sight.

The bombings, the Tsarnaev brothers and the bloodshed were just gruesome decoys for the real event of the single, largest martial law exercise in United States history. And by all accounts it was a rousing success.

What could possibly next

President Obama has no intention stepping down when his second term is through. But he has no intention of remaining president, either. Barry has much loftier goals than that. Obama sees the presidency as the stepping stone and natural path to complete dictatorship just as Adolf Hitler did before him. The paths of both Obama and Hitler have much in common and are well worth considering. 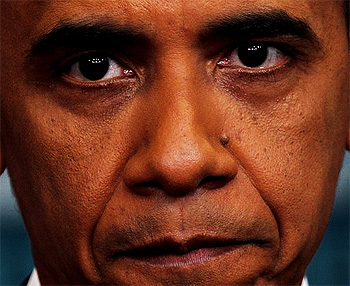 Obama is going to take your guns, but he will take much more. The plan his handlers have for him involves making a police state out of the entire country. You will soon see why the United States government has purchased 2 billion rounds of ammo and 150,000,000 plastic coffins.

When the Jewish people no longer wanted God to rule over them, God gave them a king after their own hearts. He gave them the wicked King Saul. America has shown both in word and in deed  that it does not want anything to do with the Holy God of Israel and His Bible, so God has given us a king after our own hearts. King Barack Hussein Obama.

Playtime is over, people. From here on in the noose around America will only be drawn tighter and closer.

As you watch your freedoms and liberties fall to the wayside like the chaff on the summer threshing floor, just remember one thing…

This is what you asked for. Forward.

THE WAY OUT: What YOU can do right now to be protected from all this