Anonymous, the loosely-organized group of computer hackers that has taken credit for many of the world's most visible protests, has threatened to "erase" the New York Stock Exchange from... 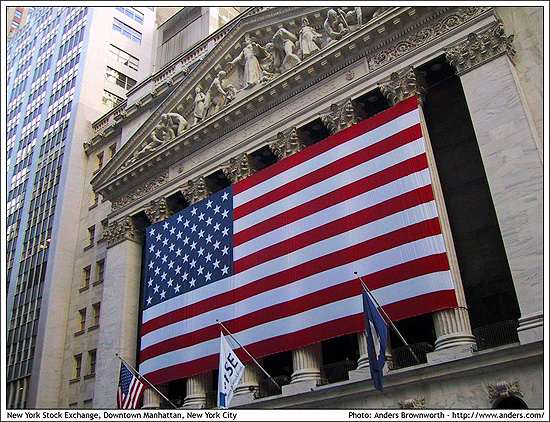 Anonymous, the loosely-organized group of computer hackers that has taken credit for many of the world’s most visible protests, has threatened to “erase” the New York Stock Exchange from the Internet today.

The streets of downtown Manhattan have been crowded for several weeks now with members of the Occupy Wall Street movement, who say they’re protesting corporate greed. Last week an online message purportedly posted by Anonymous said the protest would spread to a hacking attack.

Wall Street shrugged off the threat this morning as the Dow Jones Industrial Average rose more than 250 points at the open.

A threat was first made on Oct. 5, as demonstrators massed on the streets in lower Manhattan. But a YouTube message posted shortly after that said, “Anonymous wouldn’t attack NYSE on a HOLIDAY — it is debatable if Anonymous would ever even attack NYSE.”

Then came a YouTube video posted on Saturday, using a computer-generated voice which said, “Many people refuse to accept that Operation Invade Wall Street is a reality. … I am here to clarify that factions of Anonymous are going with the operation. Other factions are opposing it.”

The voice, flat and idiomatic, concluded, “Those who are going to be part of the attack have a message to the NYSE: We have you because we don’t like you. We are all anonymous. We are all one legion. We do not forgive. We do not forget. NYSE, expect those of us who plan to destroy you.”

Anonymous has previously taken credit for hacking attacks on Bank of America, Sony’s PlayStation network and other companies. It was unclear whether the online threat intended to interfere with stock trading, or do anything to the homepage of NYSE Euronext, the parent company of the stock exchange. source – ABC News