Socialism defeated in Wisconsin! The standoff over union rights that rocked Wisconsin and the nation for weeks headed for a quick end Thursday, as Republican lawmakers were set to... 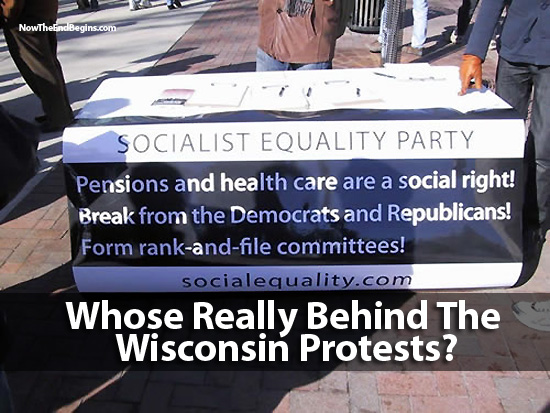 The radical tactics of societal breakdown urged by the Obama ‘Organizing For America’ advance team have, thankfully, failed to accomplish their intended mission of ‘change’. Instead, the Wisconsin legislature is about to deal what could be the death-blow to political unions in that state as well as across the country.

There have been many booths and tables like this set up at the Wisconsin protests. I wonder how many you can directly trace back to Obama?

“MADISON, Wis. — The standoff over union rights that rocked Wisconsin and the nation for weeks headed for a quick end Thursday, as Republican lawmakers were set to strip nearly all collective bargaining rights from the state’s public workers and deliver one of the strongest blows to the power of unions in years.

Walker says he’ll sign the legislation “as quickly as I can legally.”

Walker spoke during a Thursday news conference in Milwaukee shortly before the state Assembly was scheduled to take up the measure. It’s expected to be quickly approved.” source – MSNBC