Over one million Christians have been killed or have had to flee because of jihadi persecution, while America is basically standing by and watching.... 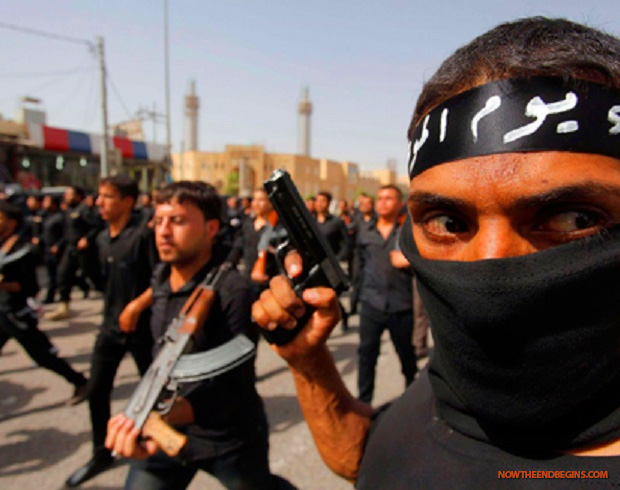 Why does Obama ignore the massive Christian persecution in Iraq?

When U.S. troops invaded Iraq in 2003, there were at least 1.5 million Christians in Iraq. Over the last ten years, significantly in the last few months with the emergence of ISIS, that figure has dropped to about 400,000.

In a region where Christians predate Muslims by centuries, over one million Christians have been killed or have had to flee because of jihadi persecution, while America is basically standing by and watching. This is the sad news that Breitbart’s National Security Editor and one of the world’s leading experts on asymmetric warfare, Dr. Sebastian Gorka, brought to Breitbart News Saturday, hosted by Editor in Chief Alex Marlow on Sirius XM Patriot Radio.

“To the mainstream media,” Gorka charged, “the dark skin person always has to be the victim. Either the Hamas terrorist in Gaza, the Nicaraguan gang bangers coming across the border likened to juvenile political refugees… the idea that the white skin Christian or the Israelis as victims, that goes against every narrative this media wishes to pedal.

Dr. Gorka explained that “in the last 48 hours, ISIS, which is now called the Islamic State in Mosul, has painted the letter “N” for Nazarene on the houses of all the surviving Christians in the city. ISIS has basically given an ultimatum to all the Christians left: You can either flee or convert to Islam, or we will kill you.”

Marlow observed that the blatant religious cleansing is horrifying and asked Gorka: “Why is it that the mainstream press is not interested in the story?” Gorka first responded by saying “Let’s face it, this is a Christian version of the Holocaust and nothing less.”

The Middle East expert went on to explain that the mainstream media is in full support of the White House narrative “that the President single-handedly killed Osama Bin Laden, and that Al Qaeda is now on the ropes; therefore, jihad must be shriveling up around the world.” This myopic strategy of only targeting Al Qaeda has provided great opportunities for other jihadists and has given rise to ISIS.

“On top of that,” Gorka asserts that, “the mainstream media are warped in terms of their world view.” According to Breitbart’s national security expert, the media is “post-modernist, sophisticated, and secularist. So when it comes to the idea of religious persecution, they say, ‘Well who really cares because I don’t believe in God. If you are not sophisticated enough to be a post-modernist secularist… tough on you!’”