The question suggested that Lubitz’s religious background was relevant to the investigation behind the pilot’s alleged deliberate downing of Germanwings Flight 9525 on Tuesday. ... 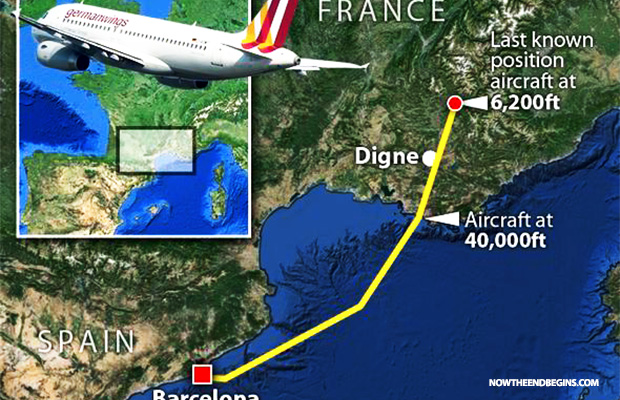 The Germanwings flight #9525, which crashed Tuesday in the mountains, near Seyne-les-Alpes, France, was today ruled to have been deliberately brought down at the hands of co-pilot Andreas Lubitz.

“The intention was to destroy the plane. Death was instant. The plane hit the mountain at 430 mph. ‘I don’t think that the passengers realized what was happening until the last moments”

Just as the horror of that thought was settling in, reporters began to question what the religion of Lubitz was. Yes, he was German by nationality, but that does not mean he was a Christian. In Germany live many non-Christians such as Jews and Muslims.

Germany, in recent years has experienced a huge spike in Islamic extremism and in Muslim immigration. Is it possible that Lubitz had been radicalized at some point in the past few years? Internet chat rooms burned up today discussing it, and experts in Germany say it’s quite possible.

Back in January, German Chancellor Angela Merkel said that German citizens “must accept Islam” or pay the price. The chancellor used unusually direct words in her New Year’s speech for the rallies organized by a group calling itself Patriotic Europeans against the Islamization of the West, or PEGIDA which have been attended by thousands. When the protesters chant “we are the people,” they actually mean to say “you don’t belong — because of your religion or your skin color,” Merkel said.

When a reporter asked French Prosecutor Brice Robin of Marseille, during a news conference Thursday, whether he knew Lubitz’s religion, Robin said he did not know and added, “I don’t think that’s where the answer to this lies.”

The question suggested that Lubitz’s religious background was relevant to the investigation behind the pilot’s alleged deliberate downing of Germanwings Flight 9525 on Tuesday. Robin said the crash did not show any signs of terrorism. Some were appalled by the reporter’s inquiry.

Prosecutor Brice Robin gave a disturbing account of the data extracted from black box which records sounds in the cockpit. He said Lubitz locked his captain out after the senior officer left the flight deck. At that point, Lubitz used the flight managing system to put the plane into a descent, something that can only be done manually – and deliberately.

He said: ‘The intention was to destroy the plane. Death was instant. The plane hit the mountain at 430 mph. ‘I don’t think that the passengers realized what was happening until the last moments because on the recording you only hear the screams in the final seconds’.

This is what we know for sure at this point:

We will keep you updated as more is learned…