German Chancellor Angela Merkel on Wednesday warned the country’s citizens not to participate in weekly anti-Islam rallies that have attracted growing numbers of supporters in the eastern German city... 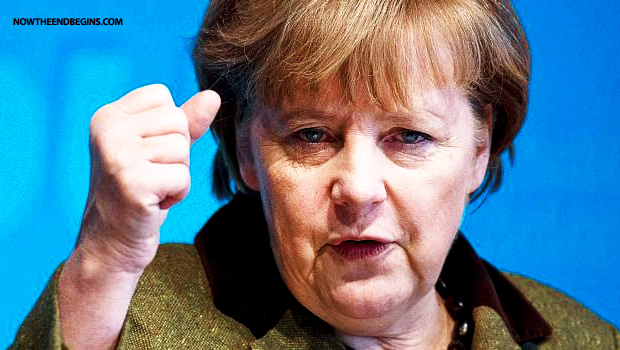 UPDATED: On January 7th, 2015, just one week after the original publication of this article, Muslim terrorists shouting “Allahu Akbar” slaughtered 15 people in France, 3 of them police, and wounded scores more. Click here to read that story…

Like England, Germany is struggling to deal with it’s own dire Islam problem. Muslims continue to flood into Germany at record rates, bringing with them Sharia Law and the ever-present threat of Islamic submission. England refused to take the threat seriously, and as a result is now paying dearly for allowing Sharia to rise within their borders. Concerned German citizens see this, and are not willing to allow it to take root in Germany.

34 Things About Sharia Law That You Need To Know

BERLIN — German Chancellor Angela Merkel on Wednesday warned the country’s citizens not to participate in weekly anti-Islam rallies that have attracted growing numbers of supporters in the eastern German city of Dresden. Merkel condemned the organizers of the protests and said they were driven by prejudices and hatred against foreigners.

The chancellor used unusually direct words in her New Year’s speech on Wednesday for the rallies organized by a group calling itself Patriotic Europeans against the Islamization of the West, or PEGIDA which have been attended by thousands. When the protesters chant “we are the people,” they actually mean to say “you don’t belong — because of your religion or your skin color,” Merkel said. source

When Islam moves into a new country, they term they use is biological jihad, their aim and mission is always the same. (see above video). To increase in number to the point where Muslims outnumber non-Muslims, and a gradual shift in power occurs. Germans recognize fanaticism when they see it and are trying to reverse the tide. This has nothing to do with intolerance or racism, though that’s the smokescreen that they would like you to believe. Political leaders continue to chant “religion of peace” as the body counts rise and the bombs continue to detonate to the tune of “allahu ackbar”.

The German citizenry is right to do what they can to repel the Islamic invasion they are experiencing. If they fail, Germany will be on the verge of a whole new kind of dictatorship.