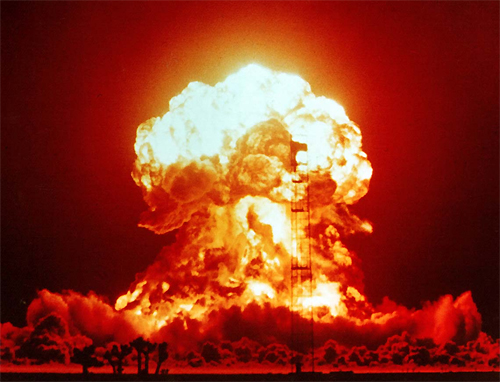 Visions of a nuclear free world dance through their heads.

The New START treaty took effect yesterday, just one day before the 100th anniversary of President Ronald Reagan’s birth. Reagan originally proposed the Strategic Arms Reduction Treaty during his presidency to help calm heightened tensions between the U.S. and Russia during the Cold War, and it went into effect in 1994. Today, as countries like North Korea, Syria, and Iran are close, if not already able to get their hands on nukes, we are playing a whole different ballgame.

Secretary of State Hillary Clinton and Russian Foreign Minister Sergey Lavrov exchanged ratification papers at the security conference in Munich on Saturday, officially putting terms of the treaty into motion. Hillary Clinton praised the effort saying that the treaty marks a “clear-eyed cooperation that is in everybody’s interests.”

MUNICH –  A new U.S.-Russia nuclear arms control treaty went into effect Saturday, securing a key foreign policy goal of President Barack Obama and raising hopes among officials on both sides that it will provide the impetus for Moscow and Washington to negotiate further reductions.

“When it comes to the button that has worried us the most over the years — the one that would unleash nuclear destruction — today we take another step to ensure it will never be pushed,” Clinton told reporters after the treaty went into effect.

The 10-year New START treaty, which can be extended by another five years, is a cornerstone of Obama’s efforts to “reset” U.S. relations with Russia, and Clinton called it a “milestone in our strategic partnership.”  source: Fox News

“I encourage the Russian Federation and the United States to continue their efforts to identify and carry forward the next steps, together with other nuclear-weapon states, in this historic endeavor of pursuing a nuclear weapon free world.” -U.N. Secretary-General Ban Ki-moon 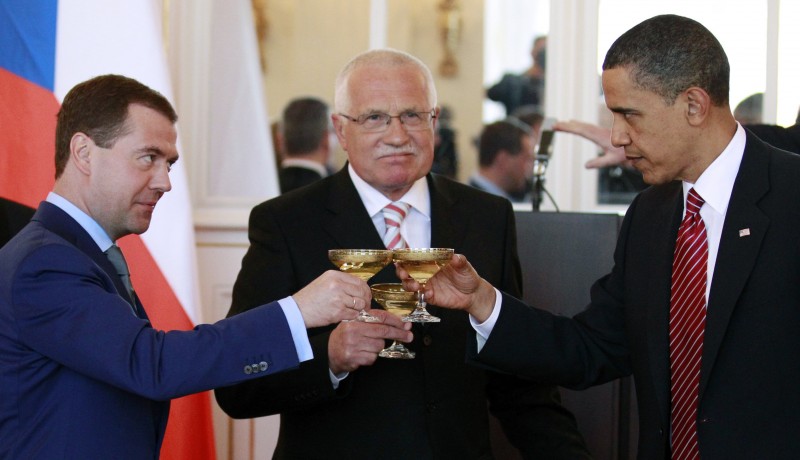 The New START treaty — the first major revamping of nuclear disarmament deals since the late Cold War era — was approved by the U.S. Senate in December after a bruising fight during which Obama pressed strongly for its passage.

Hillary Clinton and Sergey Lavrov had discussed further arms control initiatives, including a pact to reduce stockpiles of tactical nuclear weapons, as well as one that would scrap long-range warheads stored in warehouses.

New Start cuts the number of deployed strategic warheads to 1,550, and the number of launchers and heavy bombers to 800. Within 45 days, the United States and Russia must share details on the number, location and technical characteristics of their arsenals. Sixty days from now, inspectors will be permitted to investigate the nuclear sites of the other country. source: New York Times

Does anyone honestly believe that we are heading towards a nuclear weapon free world? Anyone who understands End Times Bible Prophecy knows that there are plenty of weapons to be used in days ahead, and that the Bible describes events in the last days that certainly sound like nuclear war. What is the motive behind all of this showcasing by the U.S. and Russia? Even if both nations follow through on nuclear arms reduction, in the long run, what difference will it make? Both will still have significant nuclear arsenals and China, North Korea, Pakistan, and others will also still have their weapons. We have long passed the days that a nuclear free world is even a remote possibility.

Barack Obama and Hillary Clinton are quite serious about limiting America’s arsenal as quickly as possible, but Russia? Come on. Who would believe that they are going to seriously weaken themselves as they work to become the world’s superpower? The United States has got to be the only nation in the history of the world that has volunteered to weaken its status, and step down as the world’s superpower; exactly why many Americans wonder what team our leaders are really playing for.