On Jan. 31, the USPS Supplies and Services Purchasing Office posted a notice on the Federal Business Opportunities website asking contractors to register with USPS as potential ammunition suppliers... 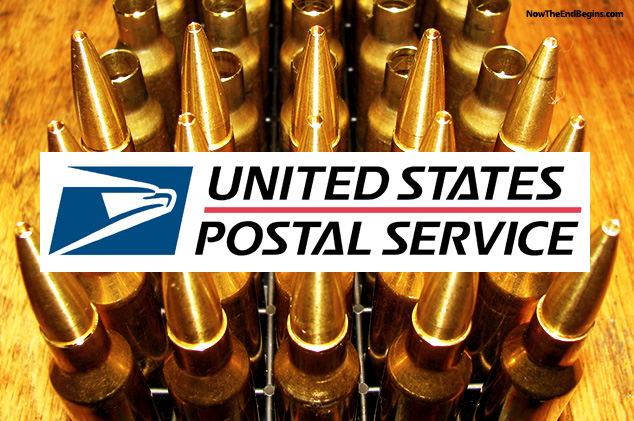 On Jan. 31, the USPS Supplies and Services Purchasing Office posted a notice on the Federal Business Opportunities website asking contractors to register with USPS as potential ammunition suppliers for a variety of cartridges.

Since 2001, the U.S. Dept. of Education has been building a massive arsenal through purchases orchestrated by the Bureau of Alcohol, Tobacco and Firearms.

NOAA spokesperson Scott Smullen responded to concerns over the weather service purchase by stating that it was meant for the NOAA Fisheries Office of Law Enforcement for its bi-annual “target qualifications and training.”

Including mass purchases by the Dept. of Homeland Security, non-military federal agencies combined have purchased an estimated amount of over two billion rounds of ammunition in the past two years.

It would take a Lockheed Martin C-5 Galaxy, one of the largest cargo aircraft in the world, two trips to haul that many magazines.

A month prior, the army purchased nearly 3,000,000 rounds of 7.62x39mm ammo, a huge amount but still only 1/6th of what the magazines purchased can hold in total.

The Feds have also spent millions on riot control measures in addition to the ammo acquisitions.

DHS also spent $80 million on armed guards to protect government buildings in New York and sought even more guards for federal facilities in Wisconsin and Minnesota.

While the government gears up for civil unrest and stockpiles ammo without limit, private gun owners on the other hand are finding ammunition shelves empty at gun stores across America,including shortages of once-common cartridges such as .22 Long Rifle. source – InfoWars