Megachurch pastor and televangelist Paula White-Cain, who is spiritual adviser to President Donald Trump, delivered a prayer service Wednesday night in an effort to secure Trump's reelection. During the service, which was streamed on Facebook Live, White-Cain called on "angelic reinforcement" from the continents of Africa and South America. "I hear a sound of victory, the Lord says it is done," she said. "For angels have even been dispatched from Africa right now... In the name of Jesus from South America, they're coming here."

“I hear a sound of victory, the Lord says it is done,” she said. “For angels have even been dispatched from Africa right now… In the name of Jesus from South America, they’re coming here.”

We have been letting you know all about the Laodicean end times Church in America for many years now, exposing their manifold false teachings and doctrines, but this story here today about President Trump’s spiritual advisor Paula White absolutely takes the cake.

“Her princes in the midst thereof are like wolves ravening the prey, to shed blood, and to destroy souls, to get dishonest gain. And her prophets have daubed them with untempered morter, seeing vanity, and divining lies unto them, saying, Thus saith the Lord GOD, when the LORD hath not spoken.” Ezekiel 22:27,28 (KJB)

While conducting what I think she calls ‘divine intercession’, Paula White amped up the crazy to a whole new level, rambling on about calling “angels from Africa” to come to America and help Trump win the election. And then just to top herself, she starts doing what could only be called a bad Perry Stone impression with her unique brand of ‘speaking in tongues’, something that none of the apostles would ever recognize. Just when you think it can’t get any more comical or farcical, an unidentified man reading a newspaper begins casually walking behind her like he’s taking a springtime walk in the park. But here is the warning I will also add to my commentary, and you would do well to pay attention to it.

If Paul White is able to conjure up “angels from Africa”, or South America or any place else, rest assured they will be fallen angels who are only too happy to respond to her request. Seriously, if America really is falling like it looks like it is, and the Marxist forces take over, then maybe Paula White has been sent by the Devil to release the fallen angels. Jesus says the Tribulation is like the ‘days of Noah’, a reference to the Genesis 6 giants that God destroyed. In this crazy year of 2020, you know what I’m saying is not only not far-fetched, it is also quite likely at this point.

“There were giants in the earth in those days; and also after that, when the sons of God came in unto the daughters of men, and they bare children to them, the same became mighty men which were of old, men of renown.” Genesis 6:4 (KJV)

FROM USATODAY: Megachurch pastor and televangelist Paula White-Cain, who is spiritual adviser to President Donald Trump, delivered a prayer service Wednesday night in an effort to secure Trump’s reelection.

During the service, which was streamed on Facebook Live, White-Cain called on “angelic reinforcement” from the continents of Africa and South America.

“I hear a sound of victory, the Lord says it is done,” she said. “For angels have even been dispatched from Africa right now… In the name of Jesus from South America, they’re coming here.”

In her prayer, White-Cain is also heard speaking in tongues — an occurrence in which a speaker talks in a language they do not know, usually during an intense religious experience. Speaking in tongues has been practiced in multiple Christian denominations, as well as other religions. READ MORE

This is what it looks like when a Charismatic faker actually becomes demon possessed….

…and such is the state of the modern-day Charismatic Movement in America today. 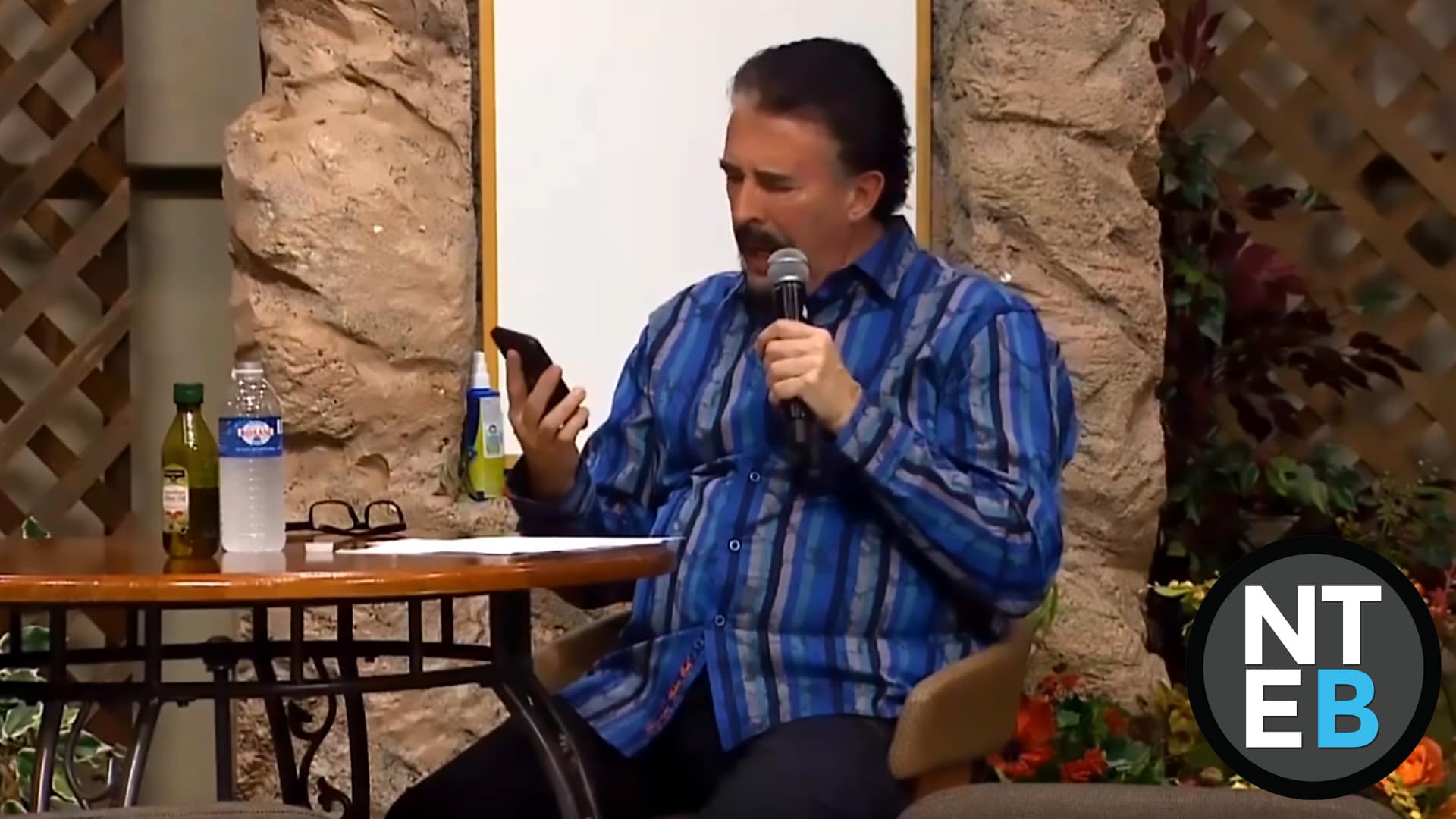