God's voice "shook the Earth" when Jesus was on the cross, and it will "shake it again" during the time of Jacob's trouble. But for the Church's pretribulation rapture, no shaking at all. A voice like a trumpet that only saved believers can hear, and we are g-o-n-e gone. Are you starting to see the difference in God's plan for the Jews and His plan for the Church? They clearly are not the same.

Had the Jews accepted the preaching of Stephen, instead of rejecting it and stoning him, the day of the Lord would have happened right there in Acts 7, and the Church Age would never have happened.

In our day and age, the Church Age, as inconceivable as it might sound, there are many Christians who assail and attack the Bible doctrine of the Pretribulation Rapture of the Church of Jesus Christ. Scoffers go on to say, and wrongly so, that this doctrine was not taught before Mary McDonald and John Nelson Darby spoke about it in the early 1830’s. Some even say it was an invention of CI Scofield in his reference study Bible.

“After this I looked, and, behold, a door was opened in heaven: and the first voice which I heard was as it were of a trumpet talking with me; which said, Come up hither, and I will shew thee things which must be hereafter. And immediately I was in the spirit: and, behold, a throne was set in heaven, and one sat on the throne.” Revelation 4:1,2 (KJV)

Again, these statements have no bearing on the truth of any kind, as this article will endeavor to point out. Part of the “confusion” for some comes because there is more than one rapture in the Bible, and there is more than one time the phrase “come up hither” is used. A healthy dose of 2 Timothy 2:15 is the sure antidote for this pressing malady. So let’s get started, shall we?

In God’s preserved word as found in the King James Bible, the phrase “come up hither” only appears three times, and here they are:

And amazingly enough, there are three raptures in the Bible as well. Though I am sure this is just a “coincidence”. Here they are:

The astute student of the Bible will notice that both the first and third raptures occur in the presence of an earthquake. Perhaps it has something to do with this:

“Whose voice then shook the earth: but now he hath promised, saying, Yet once more I shake not the earth only, but also heaven.” Hebrews 12:26 (KJV)

God’s voice “shook the Earth” when Jesus was on the cross, and it will “shake it again” during the time of Jacob’s trouble. But for the Church’s rapture, no shaking at all. A voice like a trumpet that only saved believers can hear, and we are g-o-n-e gone. Are you starting to see the difference in God’s plan for the Jews and His plan for the Church? They clearly are not the same.

This is begins to make sense when we understand that building a church was not why Jesus came. He came for His people, the Jews. Creating the Church was the backup plan when they rejected. So in effect we are a 2,000 year comma inserted in between the sandwich of Israel lost and Israel redeemed. Peter declared in Acts 2 that the “day of the Lord” spoken of by “Joel the prophet” was already coming to pass in that day. And had the Jews accepted the preaching of Stephen, instead of rejecting it and stoning him, the day of the Lord would have happened right there in Acts 7, and the Church Age would never have happened. But it didn’t. Acts 8 the first gentile gets saved, and in Acts 9 Saul becomes Paul and…here we are! Now that we have “set the table”, let’s take a look at our Rapture, the Pretribulation Rapture of the Church, as found in Revelation chapters 4 and 5. We start with John.

The apostle John was not like any of the other 11 apostles, he was special and the Bible says so. In fact, the Bible says it multiple times, look it up.

“Therefore that disciple whom Jesus loved saith unto Peter, It is the Lord.” John 21:7 (KJV)

The Church that Jesus eventually did create He loved very much, with a very special love that is likened unto the marriage between a man and a woman.

“Husbands, love your wives, even as Christ also loved the church, and gave himself for it;” Ephesians 5:25 (KJV)

Because of John’s special relationship with Jesus, he is the apostle that lived the longest, and is the only apostle that didn’t die at the hands of the Romans. Furthermore, Jesus hand picks him to receive the Revelation of the time of the end. Pretty special, don’t you think? Just like the Church, pretty special and very different. John had tribulation with a small “t” but he didn’t die like the others did, right? Likewise the Church, though it always has had tribulation will not go through THE Tribulation for much the same reason. Think about that. 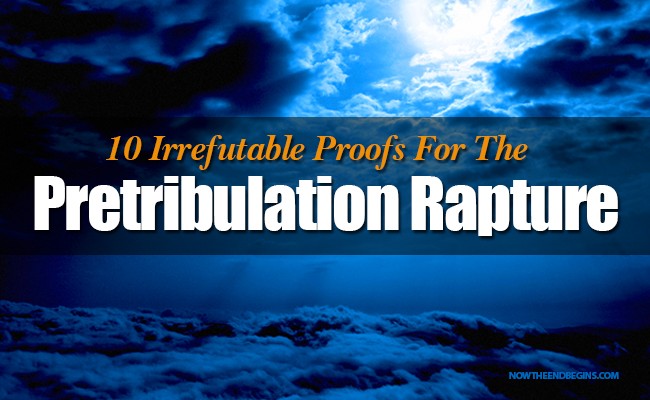 In Revelation 4, versus one and two, John as a type of the Church is called up to Heaven in a type of the Rapture. What John experienced then is what the apostle Paul says will happen for the Church when the actual rapture takes place for us:

“Behold, I shew you a mystery; We shall not all sleep, but we shall all be changed, In a moment, in the twinkling of an eye, at the last trump: for the trumpet shall sound, and the dead shall be raised incorruptible, and we shall be changed.” 1 Corinthians 15:51,52 (KJV)

It is at this juncture that most rapture debates get a “flat tire” and drive off into the ditch. People here will start to argue about the “trumpets” and “voices” mentioned in the Bible. But we are going to bypass that and focus on what most people miss. We are going to look at what John saw when he got there.

“And immediately I was in the spirit: and, behold, a throne was set in heaven, and one sat on the throne. And he that sat was to look upon like a jasper and a sardine stone: and there was a rainbow round about the throne, in sight like unto an emerald.” Revelation 4:2,3 (KJV)

John is not in Paradise, he is not in Abraham’s Bosom, John is in Heaven at the Throne of God Himself. Which, another amazing coincidence, is exactly where Paul says all saved believers go immediately when they die. Hmm…

Who are the people singing this “new song”?

In Revelation 5, the wonderment continues and John sees an enormous throng of people and they are “singing a new song”. What are the words to that song you ask? Listen and see…

“And they sung a new song, saying, Thou art worthy to take the book, and to open the seals thereof: for thou wast slain, and hast redeemed us to God by thy blood out of every kindred, and tongue, and people, and nation; And hast made us unto our God kings and priests: and we shall reign on the earth.” Revelation 5 9,20 (KJV)

This “new song” tells you exactly who this crowd of people in Revelation 5 is, for it can be no other. It is the only group in human history that was “redeemed by the blood of the Lamb”. The Christian Church! Furthermore, it says that these people God has made into “kings and priests” who “shall reign on the earth”. A huge time clue here is the use of the phrase “and we shall reign”, let me tell you why. If this is a vision of the Church in Heaven at the Rapture, then we would not be reigning with Christ, as the Bible says we will, until many years in the future from the moment when the Thousand Year Reign of Christ (Revelation 20) starts. And what about the “kings and priests”? Why, that is exactly how Peter describes the Church in the Age of Grace. Read it and see:

“But ye are a chosen generation, a royal priesthood, an holy nation, a peculiar people; that ye should shew forth the praises of him who hath called you out of darkness into his marvellous light: Which in time past were not a people, but are now the people of God: which had not obtained mercy, but now have obtained mercy.” 1 Peter 2:9,10 (KJV)

Did you catch that? Peter says we are a “royal priesthood”, kings and priests indeed. The apostle Paul tells us right in 2 Timothy that saved believers will reign with Jesus Christ in the Millennium.

Furthermore, just to shut and lock the door on who the “kings and priests” of Revelation 5 are, allow me to call your attention to what John calls the Church in the opening chapter of the book of Revelation.

“And hath made us kings and priests unto God and his Father; to him be glory and dominion for ever and ever. Amen.” Revelation 1:6 (KJV)

Certainly, if you are a Bible believer, you can clearly see that the it is the Church who are the “kings and priests” of God during the Thousand Year Reign of Jesus Christ. And it is without a doubt the Church that John is seeing in chapter 5.

But the Church of Jesus Christ, the very same Church you and I are a part of right now, is mentioned in great, graphic detail in Revelation 5. If Revelation 4 is not the Rapture of the Church, then what is the Church doing up there in chapters 4 and 5? There is no other group that has been a). redeemed by His blood, b). made kings and priests of God, and c). get to rule and reign with Jesus in the Millennium. That is exactly how Paul and Peter describe the Church.

Obviously, and for the reasons we’ve shown here, the Rapture of the Church happens before the start of the Tribulation in Revelation 6. And when you “rightly divide” your Bible as Paul commands us to, this is exactly the conclusion you come to.