The iWatch Is Already Old Technology, Get Ready For Implantables

Forbes reports today that the movement into an era of implantables is already in full swing with wearables and attachables like FitBit. These are just the first generation of... 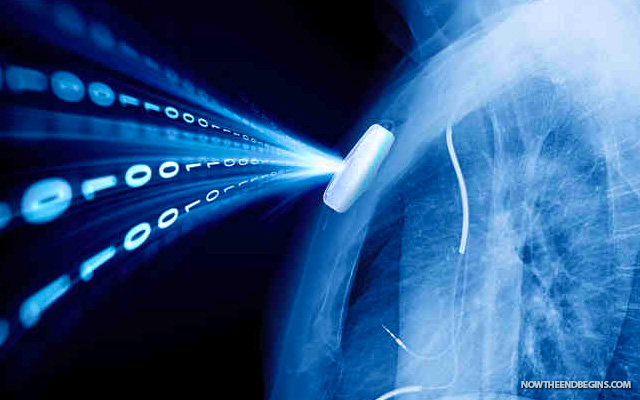 For nearly the past 6 years, we here at NTEB have been telling you that the New World Order has a 3-step plan for us regarding technology. Step 1 was to get us in front of computers, that began in 1994. Step 2 was to get technology on us, that began in 2007 with the launch of the iPhone. Step 3 is to get the technology inside us via implantable devices, and that is about to be released in just a few months.

Implantable, also referred to as “embeddable,” technology refers to a class of objects that can be inserted directly into the human body to modify, enhance or heal in ways that non-embedded devices cannot. Don’t believe it? Implanted GPS tracking chips are already common for pets.

Forbes reports today that the movement into an era of implantables is already in full swing with wearables and attachables like FitBit. These are just the first generation of gadgets that go beyond monitoring and measuring your body movements. Startups like Thync are pushing the envelope with their neurosignaling patch that uses low voltage electrical currents to alter a person’s mood and energy. News of Google GOOGL -1.01%’s smart contact lens has the tech industry excited to see how they might monitor a person’s glucose levels or other vital signs with the technology. And these are just the daily applications. Developments in the world of healthcare are reaching new heights. Some devices are not only preventative, they can also improve conditions and even save lives. A startup out of Sylmar, California has developed a bionic eye, or retinal implant that allows the blind to see. Companies like Proteus Digital Health are working on implantable “smart pills.” These smart pills work with Bluetooth to inform doctors and family members if a patient has taken his or her medicine. The problem of adherence – patients not taking their medicine as prescribed – costs the country nearly $300 billion annually, according to the Centers for Disease Control. Smart pills could help save lives, but they could also save money. That’s smart business. And it’s only the beginning.

The Internet of Everything is the New Economy

Humanity has been groomed long enough that we are now ready to accept a future where our lives will be run by implantable, computer-enabled devices living inside our bodies and connecting us to the Internet of Everything. By the time that the Antichrist shows up, people will already be used to buying and selling with the internal microchips inside their bodies.