Yesterday on “The Savage Nation,” Michael Savage lit into Pope Francis over his encyclical on climate change, calling him “a danger to the world” who wants to impose “global... 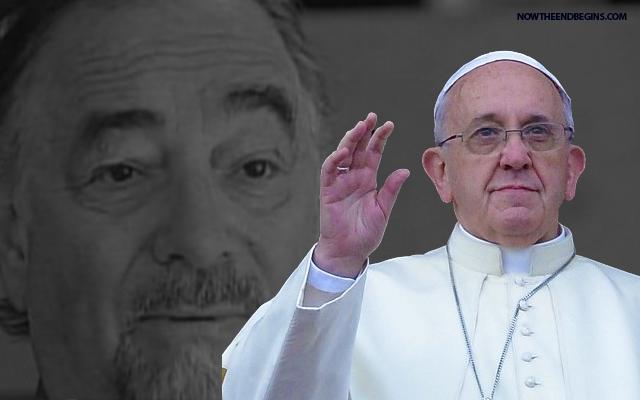 Pope Francis is on an unstoppable collision course with prophetic destiny

Radio talk show host Michael Savage must be a regular reader of NTEB, because we’ve been saying this from the moment Pope Francis was elected to rule the Vatican corporation. People used to laugh when we said that Francis was fulfilling the role of the False Prophet from the book of Revelation, but after 2 years of his rule, no one is laughing any more.

“And I beheld another beast coming up out of the earth; and he had two horns like a lamb, and he spake as a dragon. And he exerciseth all the power of the first beast before him, and causeth the earth and them which dwell therein to worship the first beast, whose deadly wound was healed.” Revelation 13:11,12 (KJV)

Yesterday on “The Savage Nation,” Michael Savage lit into Pope Francis over his encyclical on climate change, calling him “a danger to the world” who wants to impose “global tyranny.”

Savage continued that Francis “sounds just like the false prophet in Revelation, an ecumenical spiritual figure directing mankind to worship the Antichrist.”

“I think it is up to the Catholic people to turn their backs on this Pope before it is too late, before they wake up and find out that they are in chains, this man is a Marxist through-and-through,” Savage said, claiming that he was “picked by the New World Order the way Obama was.” source