A South Carolina college has called off the performance of a satirical LGBT show after state senators interpreted it as being a gay recruitment event.... 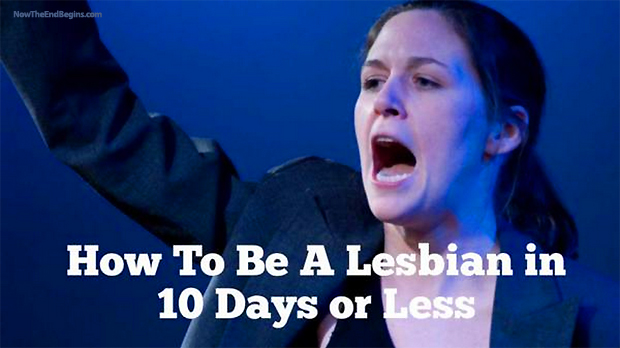 NY Daily News: A South Carolina college has called off the performance of a satirical LGBT show after state senators interpreted it as being a gay recruitment event. Leigh Hendrix was set to perform her comedic “How To Be A Lesbian In 10 Days Or Less” at the University of South Carolina Upstate’s Bodies of Knowledge symposium Thursday and Friday.

But she’s now been forced to scrap her tongue-in-cheek act after conservative politicians claimed she was actually trying to indoctrinate straight people into a homosexual lifestyle.

“College should be about a wide variety of opinion, not just the agenda of the left. USC Upstate has become a place of indoctrination, not free inquiry,” source – NY Daily News