Lesbian Teacher: How I Indoctrinate Kids To Accept Gay ‘Marriage’, Starting At 4-Years-Old

A lesbian teacher from an Ontario public school revealed in a workshop at a homosexual activist conference for teachers earlier this month how she uses her classroom to convince... 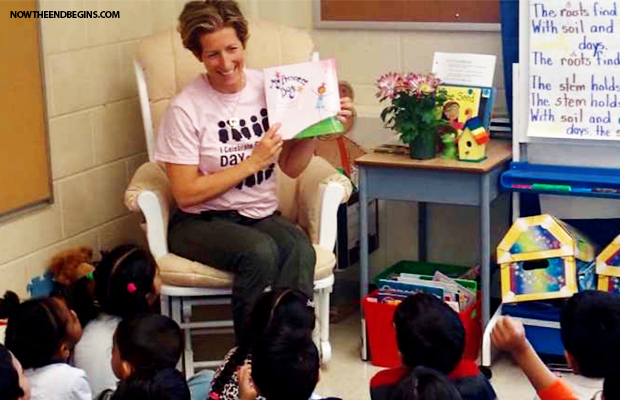 A primary grade lesbian teacher from an Ontario public school revealed in a workshop at a homosexual activist conference for teachers earlier this month how she uses her classroom to convince children as young as four to accept homosexual relationships.

EDITOR’S NOTE: We at NTEB have been warning for years now about the concerted push by the LGBTQ to force-indoctrinate young schoolkids to accept the LGBTQ’s radical agenda and same-sex marriage. In this story today, we have one teacher proudly admitting that she does this with the full blessing of the school she teaches in. This is being emulated in public schools all across America and Canada. Adolf Hitler was able to capture Nazi Germany in 1933 because he began indoctrinating young German schoolkids starting in 1921. This is no different. This is how the LGBTQ is growing their ranks, with Nazi-style brainwashing. And because America’s Christians have no guts and are afraid to open their mouths, it’s working quite well.

TORONTO, April 20, 2015   – “And I started in Kindergarten. What a great place to start. It was where I was teaching. So, I was the most comfortable there,” Pam Strong said at the conference.

The conference, hosted by the homosexual activist organization Jer’s Vision, now called the Canadian Centre for Gender and Sexual Diversity, focused on the implementation of Bill 13 in Ontario classrooms. Bill 13, called by critics the ‘homosexual bill of rights,’ passed in June 2012 and gave students the right to form pro-gay clubs in their school, including Catholic ones, using the name Gay-Straight Alliance (GSA).

Lesbian teacher Pam Strong teaches a classroom of elementary students at Ellengale Public School on Day of Pink in 2012.

Strong, who is in an open relationship with another woman and who has been a teacher for about five years, focused her workshop on what she called the “power of conversation” for promoting LGBTQ issues in an elementary classroom. She began her talk by relating how she reacted the first time one of her students called another student ‘gay’ as a putdown.

“With the principal’s encouragement, we decided that I would go from class to class and talk about what ‘gay’ means, what does ‘LGBTQ’ mean, what do ‘I’ mean,” she told about 40 attendees, all educators, at her workshop.

Strong related how she began LGBTQ indoctrination with the junior kindergarten class.

“And I read a pro-gay child’s book, King and King, and I started to realize that conversations can be very difficult, and they can have the most power when they are the most difficult.” 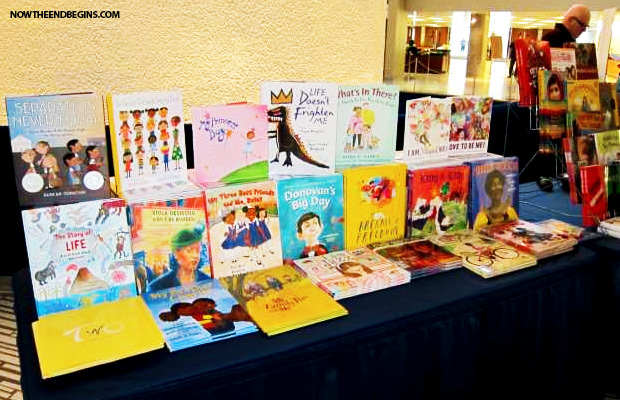 Some of the pro-gay children’s books Strong uses to reprogram her students minds.

“But difficult conversations are a part of what we do as teachers, right? And when these conversations are properly supported by teachers within the safety of the classroom, they provide a rich environment for our students as they unpack these complex social issues and they reflect on their own preconceptions, rights, of gender, sexuality, love, all these different things,” she said.

Strong related that as she was reading “King and King” in the junior kindergarten class as a springboard to discuss her sexuality with the kids, she got to the part where the two princes become ‘married’ when one of the boys suddenly shouted out: “They can’t do that! They can’t get married. They’re two boys.”

Read the rest of the story on LifeSite.com