"I want a place where queer and trans families can bring their kids and not have to worry about being the token lesbian family or the token gay family,"... 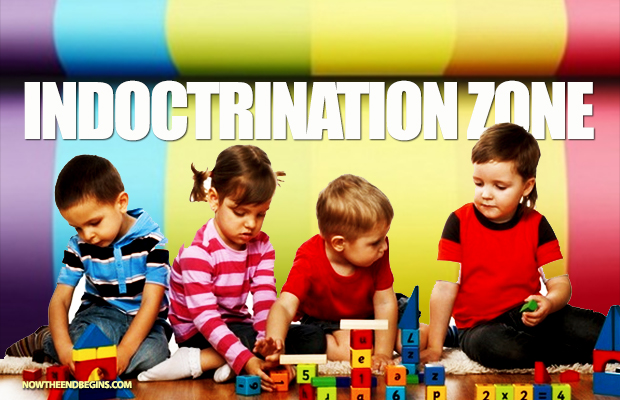 They say their mission is to provide a safe and fun place for students to learn while letting them be who they are.
by Geoffrey Grider February 23, 2015
NOW THE END BEGINS SHARE:

According to Centers for Disease Control’s National Health Information Survey, people claiming to be LGBTQ make up less than 5% of America. That’s a really small percentage. Since LGBTQ people are not able to reproduce naturally, they must either adopt or use a sperm donor to obtain a child. Once having procured the child, indoctrination must then begin if their ranks are ever going to grow. Now they say that they need their own school so training and indoctrination in the LGBTQ lifestyle will be seamless.

These poor kids will be relentlessly exposed to the queer lifestyle and bombarded with queer ideas and “values”. They won’t stand a chance. America in 2015 is a scary place, and getting more bizarre and fragmented with each passing day. Just wait until they add the “P” to the LGBTQ, and they absolutely will.

Even so, come Lord Jesus, and get us out of here…

ATLANTA  — Some Atlantans are joining forces trying to start a new private school where students from all walks of life — mainly those who are from gay, lesbian or transgender families can feel comfortable.

School organizers have already secured an in-town location but need more money to get the school off the ground. School organizers and others in the gay and lesbian community are trying to start Pride School Atlanta.

They say their mission is to provide a safe and fun place for students to learn while letting them be who they are.

“I want a place where queer and trans families can bring their kids and not have to worry about being the token lesbian family or the token gay family,” said Christian Zsilavetz. The married father of two says he will not stop until Pride School Atlanta is a reality.

Zsilavetz is joining forces with others in the community to form a private school where children can learn without fear of harassment because of who they are or where they came from.

“It’s an intentional safe space for kids for youth who want to learn and not have to worry about homophobic remarks every day,” he said.

Kara Vona has been an educator for 15 years. She is heterosexual, married to a man and proud mother of a 5-month-old little girl. She says she has seen students who cannot learn because of their sexual orientation, and will do what she can to get Pride School Atlanta off the ground.

The school has a location at Rock Springs Presbyterian Church on Piedmont Road, but more funding is needed. They say they hope to keep tuition down to $12,000 per year per student.