Shock As Its Revealed ISIS Army Now Has Swollen To Over 200,000 War Fighters

The Islamic State - ISIS - has recruited an army hundreds of thousands strong, far larger than previous estimates by the CIA, according to a senior Kurdish leader.... 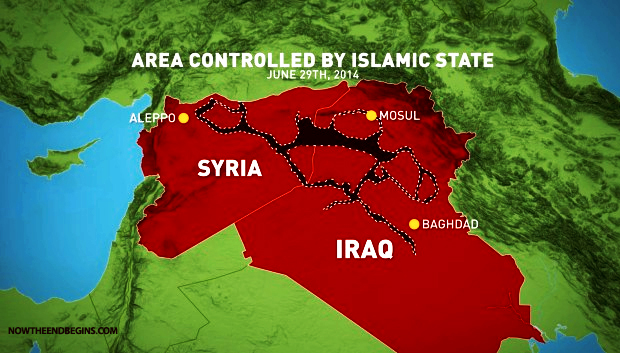 CIA has hugely underestimated the number of jihadis, who now rule an area the size of Britain

The Islamic State – ISIS  – has recruited an army hundreds of thousands strong, far larger than previous estimates by the CIA, according to a senior Kurdish leader. He said the ability of Isis to attack on many widely separated fronts in Iraq and Syria at the same time shows that the number of militant fighters is at least 200,000, seven or eight times bigger than foreign intelligence estimates of up to 31,500 men.

Fuad Hussein, the chief of staff of the Kurdish President Massoud Barzani said in an exclusive interview with The Independent on Sunday that “I am talking about hundreds of thousands of fighters because they are able to mobilise Arab young men in the territory they have taken.”

A sign of the military professionalism of ISIS is the speed with which they learned to use captured US tanks, artillery and other heavy equipment captured after the fall of Mosul on 10 June.

He estimates that Isis rules a third of Iraq and a third of Syria with a population of between 10 and 12 million living in an area of 250,000 square kilometres, the same size as Great Britain. This gives the jihadis a large pool of potential recruits.

Proof that Isis has created a large field army at great speed is that it has been launching attacks against the Kurds in northern Iraq and the Iraqi army close to Baghdad at the same time as it is fighting in Syria. “They are fighting in Kobani,” said Mr Hussein. “In Kurdistan last month they were attacking in seven different places as well as in Ramadi [capital of Anbar province west of Baghdad] and Jalawla [an Arab-Kurdish town close to Iranian border]. It is impossible to talk of 20,000 men or so.”

The high figure for Isis’s combat strength is important because it underlines how difficult it will be eliminate Isis even with US air strikes. In September, the CIA produced an estimate of Isis numbers which calculated that the movement had between 20,000 and 31,500 fighters. The underestimate of the size of the force that Isis can deploy may explain why the US and other foreign governments have been repeatedly caught by surprise over the past five months as IS inflicted successive defeats on the Iraqi army, Syrian army, Syrian rebels and Kurdish peshmerga.