Saudi police opened fire Thursday to disperse a protest in the mainly Shiite east, leaving at least one man injured, as the government struggled to prevent a wave of... 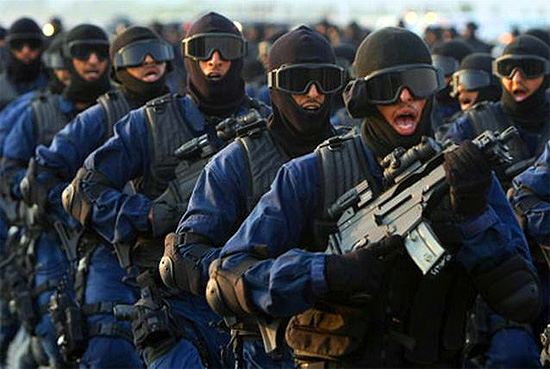 CAIRO — Saudi police opened fire Thursday to disperse a protest in the mainly Shiite east, leaving at least one man injured, as the government struggled to prevent a wave of unrest sweeping the Arab world from reaching the kingdom.

The rare violence raised concern about a crackdown ahead of more planned protests after Friday prayers in different cities throughout the oil-rich kingdom. The pro-Western monarchy is concerned protests could open footholds for Shiite powerhouse Iran and has accused foreigners of stoking the protests, which are officially forbidden.

Despite the ban and a warning that security forces will act against them, protesters demanding the release of political prisoners took to the streets for a second day in the eastern city of Qatif. Several hundred protesters, some wearing face masks to avoid being identified, marched after dark asking for “Freedom for prisoners.”

Police, who were lined up opposite the protesters, fired percussion bombs, followed by gunfire, causing the crowd to scatter, a witness said, speaking on condition of anonymity for fear of government retaliation.” source – Washington Post