After Obama Troop Pullout, Iraq Is Once Again Home To Al-Qaeda

Al-Qaeda is rebuilding in Iraq and has set up training camps for insurgents in the nation's western deserts as the extremist group seizes on regional instability and government security... 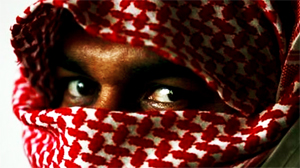 BAGHDAD (AP) — Al-Qaeda is rebuilding in Iraq and has set up training camps for insurgents in the nation’s western deserts as the extremist group seizes on regional instability and government security failures to regain strength, officials say.

Iraq has seen a jump in al-Qaeda attacks over the last 10 weeks, and officials believe most of the fighters are former prisoners who have either escaped from jail or were released by Iraqi authorities for lack of evidence after the U.S. military withdrawal last December.

Many are said to be Saudi or from Sunni-dominated Gulf states.

During the war and its aftermath, U.S. forces, joined by allied Sunni groups and later by Iraqi counterterror forces, managed to beat back al-Qaeda’s Iraqi branch.

“AQI is coming back,” U.S. Sen. Lindsey Graham, a Republican from South Carolina, declared in an interview last month while visiting Baghdad.

But now, Iraqi and U.S. officials say, the insurgent group has more than doubled in numbers from a year ago — from about 1,000 to 2,500 fighters. And it is carrying out an average of 140 attacks each week across Iraq, up from 75 attacks each week earlier this year, according to Pentagon data. source – Yahoo News