Saudi Kingdom Says “We Will Build 200 Mosques In Germany!”

Saudi Arabia has reportedly responded to the growing number of people fleeing the Middle East for western Europe – by offering to build 200 mosques in Germany.... 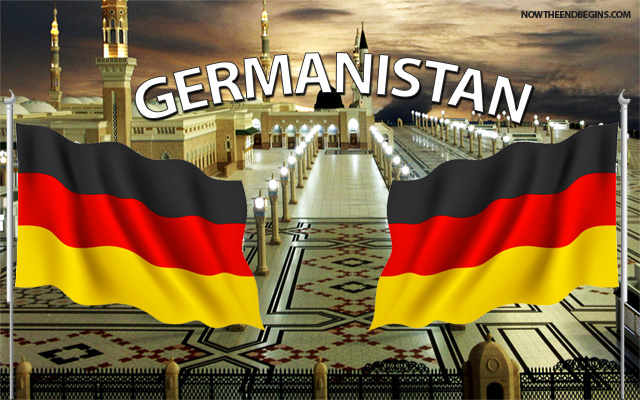 Saudi Arabia has reportedly responded to the growing number of people fleeing the Middle East for western Europe – by offering to build 200 mosques in Germany.

EDITOR’S NOTE: Germany, the same nation that brought you Hitler’s Holocaust just a generation ago, are about to themselves be victims of a new holocaust of jihad, one of their own making. Muslims are focusing their efforts on bringing down Germany, the strongest and wealthiest of all the EU nations. Muslims never assimilate, they patiently gather in number and when in large groups they attack. Just wait till no German pork store will be able to sell their products, and German beer? Fuggetaboutit. The nearly one million Muslim migrants will with one voice rise up and DEMAND Sharia concessions, and they will get them. Welcome to Germanistan.

Syria’s richer Gulf neighbours have been accused of not doing their fair share in the humanitarian crisis, with Bahrain, Kuwait, Qatar, Oman and the UAE also keeping their doors firmly shut to asylum-seekers.

According to the Frankfurter Allgemeine Zeitung, which quoted a report in the Lebanese newspaper Al Diyar, Saudi Arabia would build one mosque for every 100 refugees who entered Germany in extraordinary numbers last weekend.

“…bring me your poor, your tired, your huddled Islamic masses yearning for suicide bombings of infidels.”

It would be unfair to suggest that the Gulf Arab states have done nothing to help the estimated four million Syrians who have fled their country since the start of the conflict in 2011. Just this week, the al Hayat newspaper reported that 500,000 Syrians had found homes in Saudi Arabia since the civil war began – as workers, not refugees. There have also been significant contributions from rich individuals towards the upkeep of refugee camps round the Syrian border, estimated by the BBC to total around $900 million (£600 million).

But amid a history of competition between the Gulf states and Iranian-allied nations, there is a deep fear that allowing an influx of Syrian refugees could also let in Syrians loyal to Bashar al-Assad.

There also exists a more general concern about demographic change, leaving the states opposed to the idea

of welcoming refugees. In the UAE, foreign nationals already outnumber citizens by more than five to one. 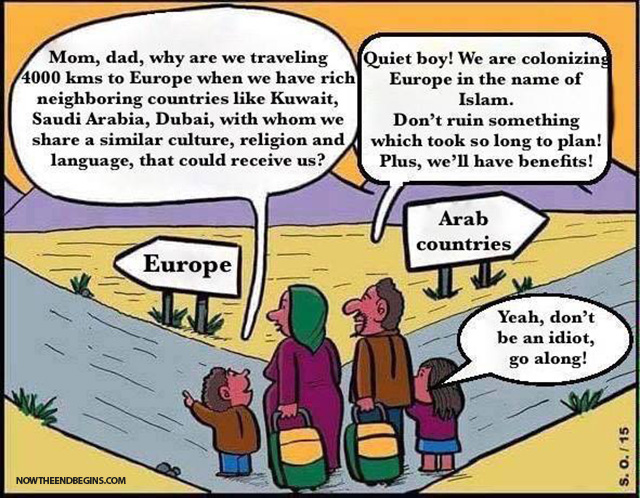 Back in Germany, Angela Merkel welcomed two refugee families at a home for asylum-seekers in the Berlin suburb of Spandau on Thursday.

She told reporters after the visit: “Their integration will certainly take place in part via the children, who will learn German very quickly in kindergarten. And I hope and believe that the great majority will want to learn our language very quickly.”

Whether she will welcome Saudi Arabia’s reported offer, which Al Diyar noted would “have to go through the federal authorities”, remains to be seen. source