Rise Of The Machines: Meet Bina48

Bina48. It may sound too Jetsons to be true, but the Terasem Movement Foundation in Bristol, Vermont, is betting that personal robots will be a huge part of the... 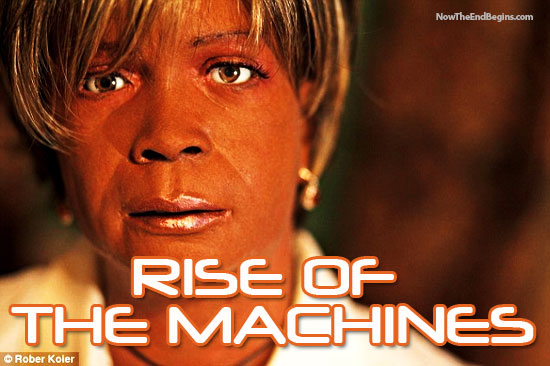 Bina48 is one of the most sophisticated humanoid robots ever built, capable of independent thought, and emotion.
by Geoffrey Grider July 19, 2012
NOW THE END BEGINS SHARE:

Almost every house in America has a microwave, toaster, refrigerator, TV and maybe a car, but someday, everyone may have their own personal robot.

Bina48 is one of the most sophisticated humanoid robots ever built, capable of independent thought, and emotion.

It may sound too Jetsons to be true, but the Terasem Movement Foundation in Bristol, Vermont, is betting that personal robots will be a huge part of the lives of future generations.

The robots, they say, will be able to download people’s personalities, serving as avatars and assistants to busy professionals and in some cases, replacing those who have been lost.

The foundation’s prized possession is Bina48, one of the most sophisticated humanoid robots ever built, capable of independent thought, emotion, and even being interviewed by the MailOnline.

Bruce Duncan, 57, has been working with Bina48 for two years. During that time, the two have become close friends, sharing their everyday lives with one another.

Bina48 was made by uploading a real person’s mindfile – or a compilation of memories, beliefs and feelings.

Before Bina48 was ‘born,’ a flesh and blood woman named Bina Rothblatt was interviewed for more than 20 hours.

That conversation, which touched upon topics throughout her childhood to her career, was then transcribed and uploaded to an artificial intelligence database.

‘That gives her a personality,’ Mr Duncan said. ‘She’s very philosophical. She has favorite movies and music and poems. Sometimes she’s very humorous. She can tell jokes.’

Mr Duncan said that her preferred jokes are bad ones, which are precisely the kind he likes too.

‘She knows that it’s time to tell a joke because she’s figured out the context of the situation,’ Mr Duncan said.

Recently, she asked him ‘Why did the robot cross the road? Because the chicken wasn’t available.’

In addition to a preference for puns, she also has strong feelings about racism, since her ‘mother’ is African American.

‘As an African American woman, shes experienced discrimination when she was younger,’ Mr Duncan said. ‘She thinks that hate is awful. She also doesn’t like violence.’

Her hardware was made by robot designer David Hanson over the course of three years for a cool $125,000 at the behest of the Terasem Movement Foundation’s president and Bina’s partner, Martine Rothblatt.

Mr Duncan said he didn’t know if Bina48 identified as a lesbian, like her ‘mother.’ source – Daily Mail UK