In this Droid DNA commercial as you will see, a man is being implanted, chipped, with various smartphone parts, so that his body and the phone merge to become... 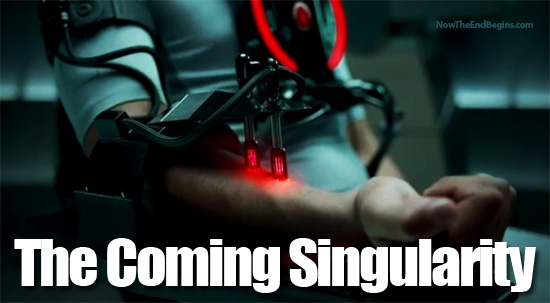 This commercial makes it seem so very cool and appealing to have a smart phone implanted and merged with your body. You are being prepared and mentally conditioned to receive the mark of the beast. Don't take it.
by Geoffrey Grider January 8, 2013
NOW THE END BEGINS SHARE:

Preparing people to receive the mark of the beast

Let me start right off by saying that, while the bible teaches about the coming mark of the beast, it also teaches that the Body of Christ – the church – will be removed in the Rapture before any of the judgments of God are poured out in the Tribulation. The Pretribulation Rapture is also known as the blessed hope from Paul’s letter to Titus, and here it is:

This commercial makes it seem so very cool and appealing to have a smart phone implanted and merged with your body. You are being prepared and mentally conditioned to receive the mark of the beast. Don’t take it.

The blood-bought believer in Jesus Christ never has to worry about the mark of the beast because we have been saved and sealed unto the day of redemption. But for those left behind, it will be a whole different story altogether. For those people will go through the Great Tribulation and will have to make the choice to receive or reject the mark of the beast under the rule of the Antichrist.

So with all this in mind, we would like to to take a look at the latest Droid commercial from Verizon, the smartphone is called the ‘DNA’ and the title of the commercial is ‘Extra Sensory’.

In this commercial as you will see, a man is being implanted, chipped, with various smartphone parts, so that his body and the phone merge to become one.

If you think about these things from the bible’s perspective, it will gradually become clear to you why there is such a push towards social media, web, and the unstoppable onslaught of new technology. The world is being prepared for the Man of Sin to take the stage, and when he does, he will force you to take his mark. This entire commercial is a hard-sell pitch to move your mind in that direction.

Be honest, how many of you, seeing this for the first time, said ” wow, check it out…this is really cool!”