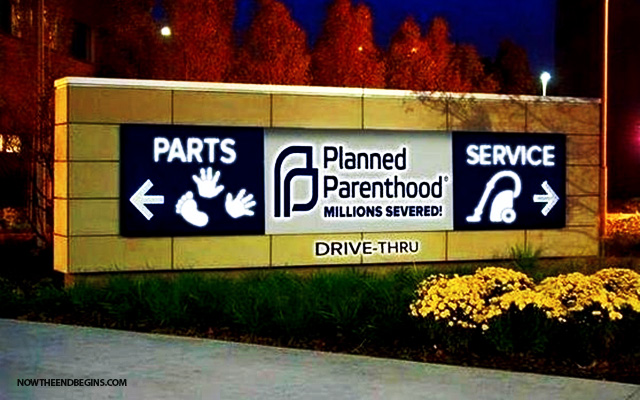 “And they built the high places of Baal, which are in the valley of the son of Hinnom, to cause their sons and their daughters to pass through the fire unto Molech; which I commanded them not, neither came it into my mind, that they should do this abomination, to cause Judah to sin.” Jeremiah 32:35 (KJV)

Barack Obama promised, when he was pushing Obamacare, that no abortions would be funded by US taxpayer dollars. Well, he lied about that, to the tune of $528,400,000.00 taxpayer dollars that Planned Parenthood says, in their annual report, that they were given by the Federal government. They then used those half-billion plus dollars to abort 327,653 live human beings, some just mere weeks from being born.

Planned Parenthood pays no taxes of any kind, and reports that they have $1,303,000,000.00 in cash in the bank after paying their bills. Clearly, murdering babies is big business in America in 2015.

Michigan Rep. Bart Stupak was a key vote in the passage of Obamacare. His one hangup was federal funds being used for abortion. President Obama signed Executive Order 13535, assuring Stupak that would not be done. But Obama lied. Obama loves Planned Parenthood, as evidenced in this video below where he gleefully announces “Planned Parenthood is not going anywhere!”

Stupak voted for the ACA, America went into the baby-killing business, and the rest is history. How many more millions will die in this abortion holocaust?

The time to defund Planned Parenthood is now.