A 20-year dispute between a Nevada rancher and federal rangers over illegal cattle grazing erupted into an Old West-style showdown on the open range this week, even prompting self-proclaimed... 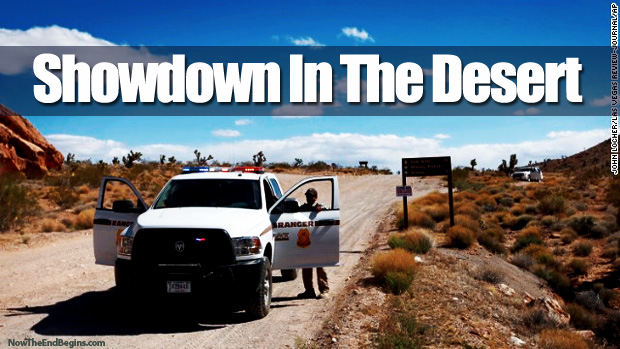 Visit the official blog site for: The Bundy Ranch.

For those of you who don’t recall the Massacre In Texas, otherwise known as the Waco Siege, perhaps this would be a good time to remind yourself of just exactly what our government is capable of.

CNN — A 20-year dispute between a Nevada rancher and federal rangers over illegal cattle grazing erupted into an Old West-style showdown on the open range this week, even prompting self-proclaimed members of militia groups from across the country to join the rancher in fighting what they say is U.S. “tyranny.”

What began as a legal fight between longtime rancher Cliven Bundy and the U.S. Bureau of Land Management has escalated as Bundy kept his cattle on the federal land, and the government has responded by beginning roundups of the livestock. 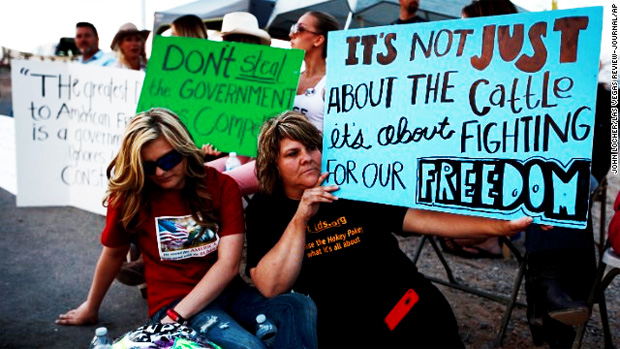 Krissy Thornton, right, and Burgundy Hall are among those protesting the U.S. government’s roundup of a rancher’s cattle near Bunkerville, Nevada, on Wednesday, April 9. A 20-year dispute between Nevada rancher Cliven Bundy and federal rangers erupted into an Old West-style showdown this week. The government says Bundy’s livestock has been illegally grazing on U.S. lands for 20 years. Bundy says his family’s cattle has grazed on the land since the 1800s.

A confrontation teetered on violence Wednesday when Bundy family members and dozens of supporters angrily confronted a group of rangers holding Tasers and barking dogs on leashes near Bunkerville, about 80 miles northeast of Las Vegas.

Federal officials say a police dog was kicked and officers were assaulted. Bundy family members say they were thrown to the ground or jolted with a Taser. source – CNN