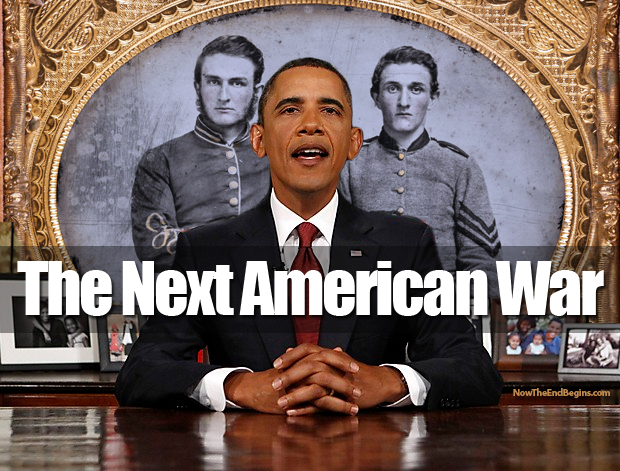 Click to Read 25 Violations of Law By President Obama and His Administration
by Geoffrey Grider April 21, 2014
NOW THE END BEGINS SHARE:

There is a reason why Barack Obama’s favorite president is Abraham Lincoln, and it has nothing to do with “freeing the slaves”. It’s because Obama is a great admirer of how Lincoln suspended the United States Constitution via Executive Order to carry out and wage war against it’s own citizens. Everything old is new again.

OKLAHOMA CITY  – A land dispute in Nevada  between rancher Cliven Bundy and the federal government began decades ago. The Bureau of Land Management says Bundy was allowing his cattle to graze illegally, which triggered a round-up of about 400 head of cattle last week.

Bundy claims his family’s cattle have grazed on the land since 1870 without interference from the government. However, the Bureau of Land Management says Bundy hadn’t paid his grazing fees since 1993. Over time, officials say those fees have amounted to more than $1 million. As authorities herded the cattle, a standoff was sparked with members of the militia.

Members say they are taking Bundy’s side and fear this practice could spread to the Sooner State. Scott Shaw said, “Evidently in America we don’t actually own the property anymore, if you ever did.”

Shaw says Oklahoma Militia members are ready to take up arms against the federal government if needed.

He said, “It’s up to the feds, the balls in their court! You can do this legally or if you want to try to do a land grab violently, you can do that. We’re going to resist you!”

Shaw says the militia has not had to defend Oklahoma from the government yet but members are becoming concerned.

THIS IS THE VIDEO ON FREEDOM THAT GOT JUDGE NAPOLITANO FIRED FROM FOX NEWS:

However, not everyone agrees. Sen. Jim Inhofe said, “You’ve got a bunch of people there trying to take the law into their own hands and they shouldn’t be doing that. And the Bureau of Land Management is not government-owned, it’s publicly owned. There’s a big difference there. I blame both sides.”

The Bureau of Land Management released the cattle after confiscating them. source – KFOR