Senate Majority Leader Harry Reid says “something is going to happen” to get Nevada rancher Cliven Bundy to stop letting his cattle graze on federal land.... 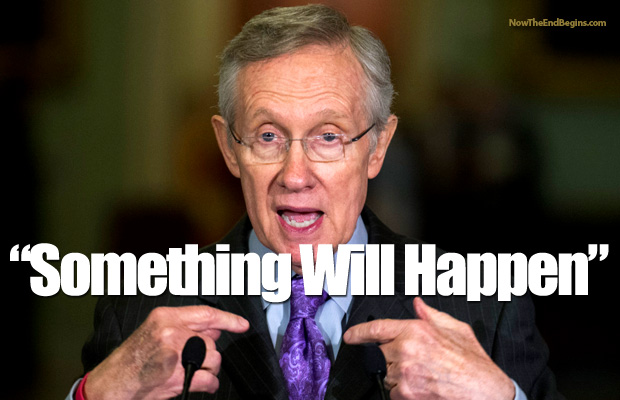 “I take more issues with the BLM coming in with a paramilitary army of individuals with snipers. I’m talking to people and groups that are there at the event. Your own government with sniper lenses on you. It made a lot of people very uncomfortable,” Heller told KSNV. The junior Nevada senator also stated that he wants congressional hearings held about BLM trying to round-up Bundy’s cattle.

“I want to talk about the fact that they have this kind of authority and the ability to bully and to come in with 200 armed men into a situation like this. I would like to have hearings. I want to find out who’s accountable for this,” Bundy told KSNV, adding he wants to find out who “gave the marching orders.”

Armed campers are still guarding Bundy’s melon farm and cattle ranch more than a week after a tense standoff between gun-toting states’ rights advocates and BLM police over a roundup of Bundy cattle from public rangeland.

The BLM backed off, citing safety concerns. They were faced with military-style AR-15 and AK-47 weapons trained on them from a picket line of citizen soldiers on an Interstate 15 overpass, with dozens of woman and children in the possible crossfire. BLM police released the 380 cattle collected, gave up the week-long roundup and lifted a closure of a vast range half the size of the state Delaware. The agency said it would resolve the matter “administratively and judicially.”

Left unresolved was the government’s claim that Bundy owes more than $1.1 million in fees and penalties for letting some 900 cows trespass for 20 years on arid rangeland of scrub brush, mesquite, cheat grass and yucca near the rustic town of Bunkerville, about 80 miles northeast of Las Vegas. source – CBS Las Vegas