Harry Reid Issues Fiery Threat To Cliven Bundy And Says ‘It’s NOT Over!’

"Well, it's not over. We can't have an American people that violate the law and then just walk away from it. So it's not over," Reid said.... 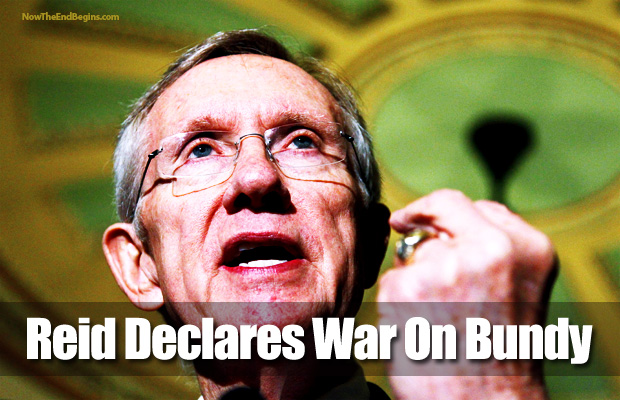 Reid tells News4’s Samantha Boatman his take on the so-called cattle battle in southern Las Vegas. “Well, it’s not over. We can’t have an American people that violate the law and then just walk away from it. So it’s not over,” Reid said.

Harry Reid Tells News 4 That The Bundy Ranch Battle Isn’t Over! from Now The End Begins on Vimeo.

Senator Reid had just wrapped up a speech and question and answer session with students at UNR. source – News4 Nevada