One thing is for certain. The militarized America police force is here to stay. The "private army" that Obama promised he would create in 2008 has become a reality... 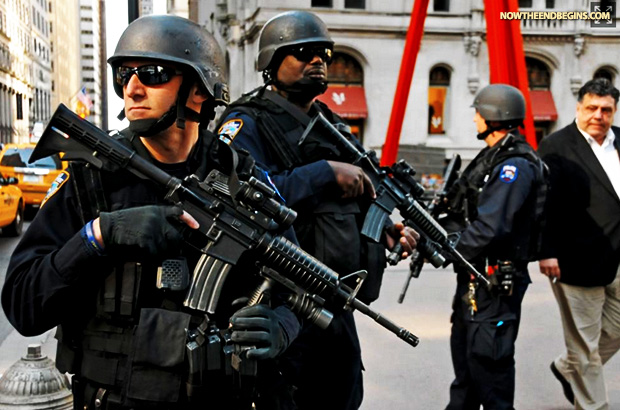 “A standing military force, with an overgrown Executive will not long be safe companions to liberty. No nation could preserve its freedom in the midst of continual warfare.” –  James Madison, Founding Father

Whether you are for it or against it, one thing is for certain. The militarized America police force is here to stay. One of the directives of the Obama administration that has received little to no attention from the mostly liberal news media has been the funneling of battlefield military equipment to the local police forces in sleepy, little hometowns just like the one you live in. The “private army” that Obama promised he would create in 2008 has become a reality in 2014. He ran on the platform of “radically transforming” America, and so he has.

Cities like New York, Boston and Chicago more and more coming to resemble occupied war zones from the Middle East

Now if you think this is an article bashing the local police force, you would be wrong. We recognize the need for local police to be well armed and able to do the various jobs that they are called to do. Local police are the main barrier of protection that stands between us and people trying to do us harm. Our concern is that the lines, however, between the two, are beginning to blur just a little too much. If the police become a standing army, then we have violated our own Constitution which says that there should be no standing army on America soil. Land of the free, remember? 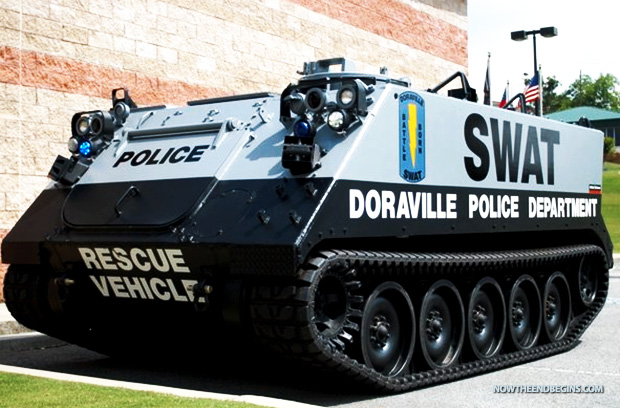 The Cato Institute, a Washington-based think tank that promotes individual liberty and limited government, believes the military surplus program should be shut down, said Tim Lynch, director of the criminal justice project.

“When this equipment is given away, police departments start saying, ‘Let’s grab it.’ ” And once the equipment is in the hands of law enforcement, “we have militarized units going into the community in situations where they aren’t warranted,” Lynch said.

“This is one of the most alarming trends in American policing,” Lynch continued. “We used to call them peace officers and they would treat people … with more respect and civility. We’re getting away from that. We’re getting into these military tactics and mindset that the people they (police) come into contact with are the enemy … and part of this is the militarized units in police departments.” 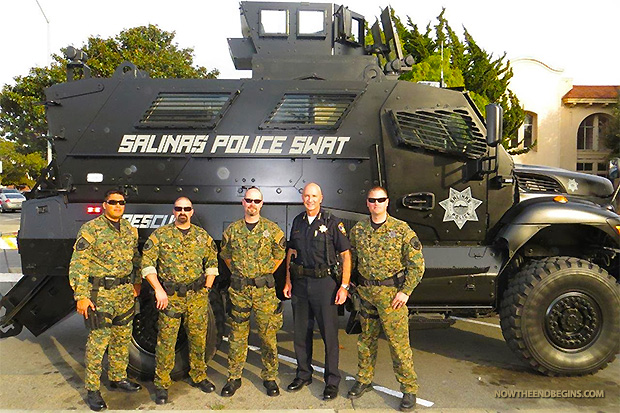 Cops, MRAPs and the Heartbreak of Police Operator Syndrome

America in 2014 has changed dramatically and drastically. The local police force, whose mandate used to be “to protect and serve” has been replaced with an “always-on” siege mentality mindset.

This is no conspiracy theory, you can see it in nearly any small town you travel to. The major cities, like New York, Boston and Chicago, have given up any pretense of trying to hide it. The liberal NY Daily News, in an op-ed piece today, attempts to make the case for the militarized police force:

Walk through Penn Station or by the Empire State Building and you will most likely see members of the NYPD standing sentry in body armor and carrying automatic weapons. This is what effective use of militarized equipment by police looks like. To take away these tools would decisively undermine the effectiveness and survivability of police officers at the time they will be needed most. source

It is obvious that billions are being spent to prepare the local police forces all across America to do battle with an enemy. The only question is, who exactly is the enemy?