Mr Nixon said the National Guard would "help restore peace and order" to the St Louis town after days of protests over the death of 18-year-old Michael Brown. In... 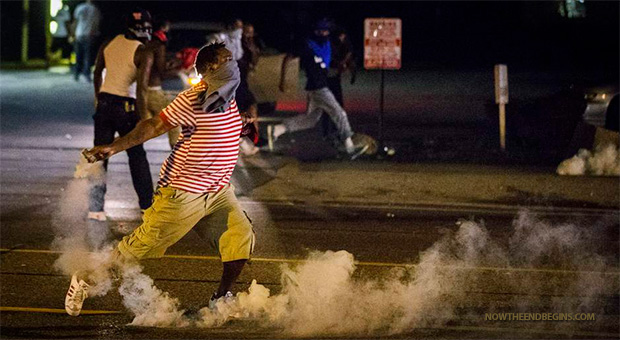 Mr Nixon said the National Guard would “help restore peace and order” to the St Louis town after days of protests over the death of 18-year-old Michael Brown. In the latest violence on Sunday night, police fired tear gas at demonstrators as gunfire was heard.

The announcement by Mr Nixon came as a preliminary private autopsy found that Mr Brown was shot at least six times including twice in the head, according to the New York Times. The post-mortem examination was carried out by Michael Baden, a former New York City chief medical examiner, at the request of Mr Brown’s family.

Dr Baden said one of the bullets entered the top of Mr Brown’s skull, suggesting that his head was bent forward when he suffered a fatal injury. Mr Brown was shot four times in the right arm and all the bullets were fired into his front, he told the New York Times.

Attorney General Eric Holder has ordered a federal medical examiner to perform another autopsy. As night fell in Ferguson, a peaceful protest quickly deteriorated into further violence – more than a week after Mr Brown’s killing on August 9.

Mr Nixon meanwhile sharply criticised the town’s police for releasing CCTV video which they say shows Mr Brown stealing cigars from a store and shoving an employee. “I think it had an incendiary effect,” he told CBS’ Face The Nation on Sunday morning. He said police “clearly are attempting to besmirch a victim of a shooting”. 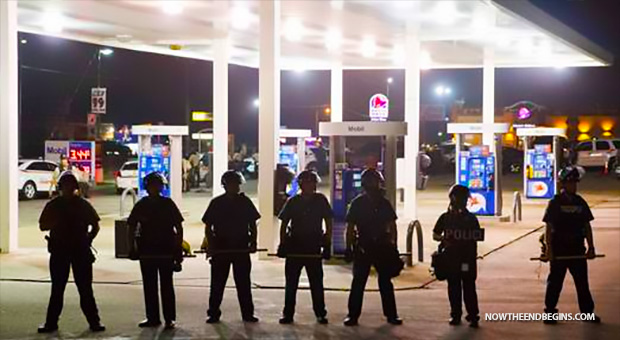 Minutes after the alleged robbery, Mr Brown had the encounter with an officer who police say stopped the teenager for jaywalking. Mr Brown was unarmed and it has been claimed he was trying to surrender before he was shot dead by white police officer Darren Wilson, 28.