In his first speech as Prime Minister on radicalization and terrorism, David Cameron has dared to speak out against the extreme Islamic influence in Britain, and he's getting ripped... 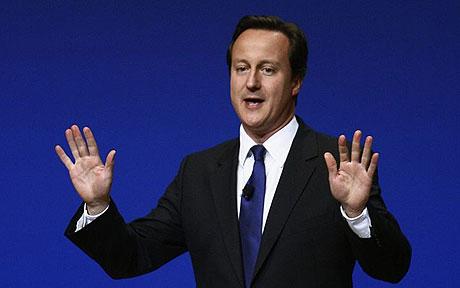 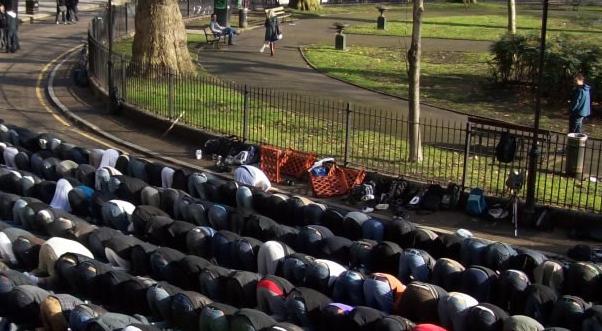 Muslims students pray on the street outside London's City University in April, 2010 because they were not provided an indoor prayer room on campus.

Too little, too late?

In his first speech as Prime Minister on radicalization and terrorism, David Cameron has dared to speak out against the extreme Islamic influence in Britain, and he’s getting ripped apart for it. Not surprisingly, he has been accused of far-right propaganda and is drawing harsh criticism from Muslim groups. The Muslim Council of Britain’s assistant secretary general, Dr Faisal Hanjra, described Mr Cameron’s speech as “disappointing,” saying, “it just seems the Muslim community is very much in the spotlight, being treated as part of the problem as opposed to part of the solution.”

The grip that Islam already has on Britain is so tight, that speaking the truth is immediately painted as hateful, ignorant and intolerant. Speeches are nice, but Britain does not stand a chance of rolling back the Islamic tide and preserving British culture if it’s people are not ready for a fight. Europe as a whole better get its act together, because if Islam continues to forge ahead at its current pace, western culture will soon cease to exist there. 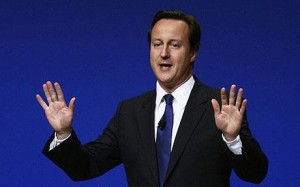 Cameron told the Munich Security Conference that governments should abandon multiculturalism and the tolerance of “unacceptable views and practices” within their societies and promote the benefits of western values. Instead, governments should aim for “a clear sense of shared national identity.”

“A genuinely liberal” country “believes in certain values and actively promotes them,” Cameron said. “Freedom of speech, freedom of worship, democracy, the rule of law, equal rights regardless of race, sex or sexuality. It says to its citizens, this is what defines us as a society. To belong here is to believe in these things.”  source: Bloomberg

As Mr Cameron outlined his vision, he suggested there would be greater scrutiny of some Muslim groups which get public money but do little to tackle extremism.

Ministers should refuse to share platforms or engage with such groups, which should be denied access to public funds and barred from spreading their message in universities and prisons, he argued.

“Frankly, we need a lot less of the passive tolerance of recent years and much more active, muscular liberalism,” the prime minister said.  source: BBC