A special committee headed by Prime Minister Benjamin Netanyahu’s chief of staff, Harel Locker, has recommended a three-phase plan to all but do away with cash transactions in Israel.... 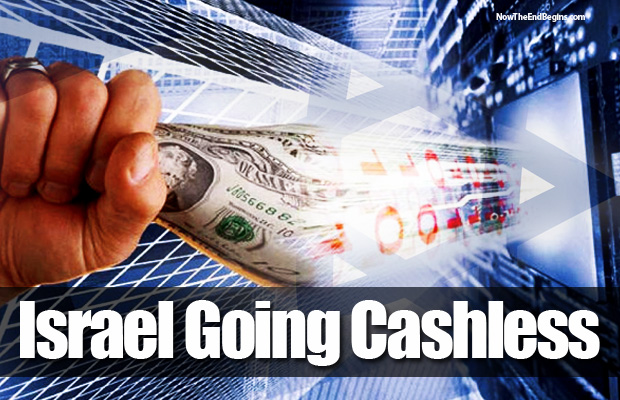 A special committee headed by Prime Minister Benjamin Netanyahu’s chief of staff, Harel Locker, has recommended a three-phase plan to all but do away with cash transactions in Israel. Every year, amounts totally nearly 20% of the national budget of Israel is lost due to tax evasion and money laundering, and they want to reclaim as much of that as they can.

“Cash and cash equivalents are the fuel of the black economy,” said Locker, whose committee was appointed by prime Minister Benjamin Netanyahu.

Reuters today reports that Locker headed a government panel that issued its interim recommendations on turning Israel into a cashless society on Monday. These include limiting businesses initially to cash or cash-equivalent transactions of 7,500 shekels – down from 20,000 shekels currently – and no more than 5,000 shekels after a year. Private citizens will be allowed cash deals of 15,000 shekels. The new rules would also limit the use of checks.

As part of the move to reduce the use of cash, the panel recommended that banks issue debit cards. Banks now only issue credit cards, and Locker said costs would come down with debit cards since there is no credit involved.

He expressed confidence that most citizens will comply with the new rules, since violating them would be a crime and most transactions by ordinary people are for less than 5,000 shekels.

The following guidelines were set out by the committee for the short-term: