The new EMV credit card system the U.S. is set to migrate to by October, 2015. Also going away is the ability to sign for your purchases, that will... 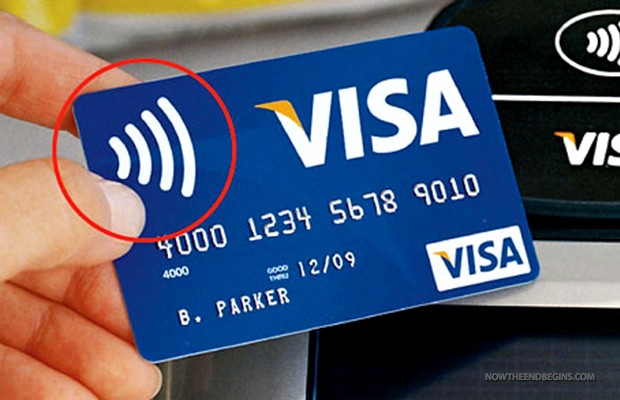 October 2015: The End of the Swipe-and-Sign Credit Card

“And that no man might buy or sell, save he that had the mark, or the name of the beast, or the number of his name.” Revelation 13:17 (KJV)

“Every credit card in the U.S. will be replaced by October 2015 with new cards that contain the chip-and-PIN technology that the rest of the world has had for years, according to the Wall Street Journal. Both Visa and MasterCard are committed to the switch, which will render extinct the plastic in your wallets and purses right now. No more black magnetic stripes; no more signing on the dotted line.” source

The new EMV credit card system in the U.S. is set to be rolled out by October, 2015. Also going away is the ability to sign for your purchases, that will no longer be necessary.

Instead, you will enter a PIN to verify that you are the holder of the card. Removing the human element is one more step in the march towards the Mark Of The Beast system that will be in place during the Tribulation under the Antichrist.

Obviously, all this is leading to a microchip being placed inside every human being, which would be the only way to guarantee that your card will not be lost or stolen.

Make no mistake about it, this will happen within our lifetime, within our generation. We are the generation that will see the Rapture of the Church of Jesus Christ, and the unsaved who will experience the time of Jacob’s trouble that will follow that event.

Just like God used Noah to warn the people for 120 years and then, in an instant, sent the first drop of rain that began The Flood. So now is God using His people, His watchmen, to warn and warn and warn until you are nearly exhausted from hearing about it. Until…

…Guess what comes next?