Has War Between Israel And Iran Already Begun?

The Iranian-Israeli war is already at hand. Iran launched it by sending an unmanned drone into Israeli air space Saturday, Oct. 6, breaking new ground in belligerence with a... 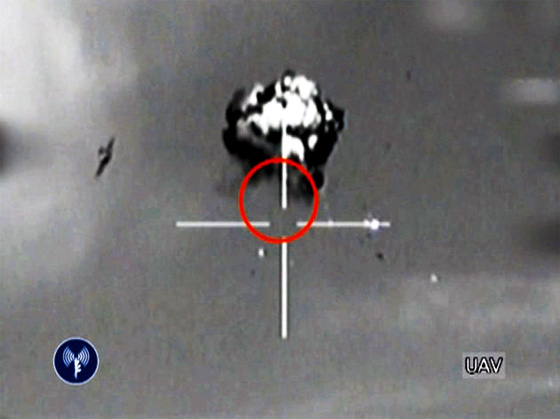 Four facts deserve attention with regard to a potential attack on Iran’s nuclear facilities. The first is that the Iranian-Israeli war is already at hand. Iran launched it by sending an unmanned drone into Israeli air space Saturday, Oct. 6, breaking new ground in belligerence with a cyber attack.

Israel countered by stationing Patriot missile interceptor batteries in Haifa and other parts of its northern region. That Tehran initiated hostilities with a cyber attack on Israel cannot be wiped from the record any more than its score: two points, Iran; zero, Israel, whose air defenses proved no match against a large, slow-moving and cumbersome aerial vehicle loaded with electronic equipment.

As many experts have pointed out, Patriots are not designed for intercepting aircraft, only missiles. Their deployment therefore aims at defending the country from potential Iranian or Hizballah missile strikes from Lebanon or Syria – depending partly on the state of the Syrian war.

And indeed, Hamas and Jihad Islami spokesmen, when they assumed shared responsibility for the 55 Palestinian missiles and mortars fired against Israel Monday morning, Oct. 8, said quite openly that the rules of Gaza warfare had changed: IDF attacks on terrorist targets in the Gaza Strip, however limited in scope, would draw forth reprisals not only from that Palestinian-ruled territory but from Lebanon, they said.

DEBKAfile: As of mid-September, under newly-signed military pacts, the strings of the two leading Palestinian terrorist militias in the Gaza Strip are being manipulated from Beirut by Iran and Hizballah. It is they who now set the rules and dictate the scope of Palestinian anti-Israel operations from Gaza. The drone’s incursion was a separate Iranian initiative.

The other points pertinent to the Iranian-Israel confrontation are:

1.  US intelligence recently warned President Barack Obama that Iran’s nuclear breakthrough point is much closer than formerly estimated, i.e. approximately 7 weeks off. In late November, therefore, Iran will enough 20 percent plus enriched uranium to build a nuclear bomb. American and Israeli intelligence see eye to eye on this estimate.
It flies, however, in the face of the assessments circulated in Israel by anti-attack factions who are now claiming that Iran has slowed the progress of its military nuclear program in order to divert much of its enriched uranium to civilian projects.
This claim is not only incorrect, but it is a valuable contribution to Tehran’s propaganda effort to prove that its program is entirely innocent and peaceful.
2.  A US Congressional Research paper published internally on Sept. 28 asserts that Israel is capable of going it alone without the United States against Iran’s nuclear sites, including the Fordo underground enrichment facility.

This fact has been suppressed by the anti-attack camp, whose spokesmen have insisted that Israel lacks this capacity. The experts commissioned by congress to determine the truth of the matter concluded: “… an attack on Esfahan, Natanz, and Arak might require deploying only 20% of Israel’s top-line fighters purchased from the United States. “…this yields an Israeli strike involving at least 100 aircraft. Most sources indicate that Israel has a total of “around 350 fighter jets.”

The US congressional research team adds that, although Israel received enough 7 KC-130 refueling planes from the US to cover the round trip to Iran and back, the Israeli Air Force has also secretly developed two more refueling options about which the US knows very little.

“Over the past two years, Israel Aerospace Industries-IAI bought up all the Boeing 707s coming on the international market and had them converted in IAI factories into KC-135 refueling planes,” says the report. After the Congressional Research Center published these findings, David Rothkopf, who is close to US Democratic Party leaders, tested the ground with a report Monday, Oct. 8, in Foreign Policy, which said that the United States and Israel are considering the possibility of a joint “surgical strike” against Iran’s nuclear facilities as an “October surprise.”

He quoted a source said to be close to the discussions, which claimed that “a small-scale attack is currently viewed as the most likely military option by air, using bombers and supported by drones,” which Israel would not be able to carry out on its own.

What Rothkopf was saying is that President Obama has no more than 20 days to decide if and when to conduct this US-Israel attack on Iran.

His clock, say our sources, is ticking at the same speed as that of former Mossad chief Efraim Halevi who on August 1 predicted an attack on Iran within twelve weeks; and Tzahi Hanegbi, the former Knesset defense and foreign affairs committee chair and close confidant of Prime Minister Binyamin Netanyahu, who said in mid-September that the next 50 days would be critical for Israel’s destiny. source – DEBKA