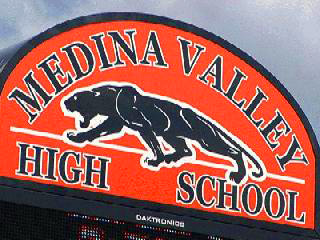 God is not welcome in Texas

The ruling was in response to a lawsuit filed by Christa and Danny Schultz. Their son is among those scheduled to participate in Saturday’s graduation ceremony. The judge declared that the Schultz family and their son would “suffer irreparable harm” if anyone prayed at the ceremony.

Texas Attorney General Greg Abbott said the school district is in the process of appealing the ruling, and his office has agreed to file a brief in their support.

“Part of this goes to the very heart of the unraveling of moral values in this country,” Texas Attorney General Greg Abbott told Fox News Radio, saying the judge wanted to turn school administrators into “speech police.”

Judge Biery’s ruling banned students and other speakers from using religious language in their speeches. Among the banned words or phrases are: “join in prayer,” “bow their heads,” “amen,” and “prayer.”

Should a student violate the order, school district officials could find themselves in legal trouble. Judge Biery ordered that his ruling be “enforced by incarceration or other sanctions for contempt of Court if not obeyed by District official (sic) and their agents.”

He also ordered the school district to remove the terms “invocation” and “benediction” from the graduation program.

“These terms shall be replaced with ‘opening remarks’ and ‘closing remarks,’” the judge’s order stated. His ruling also prohibits anyone from saying, “in [a deity’s name] we pray.” source – Fox News