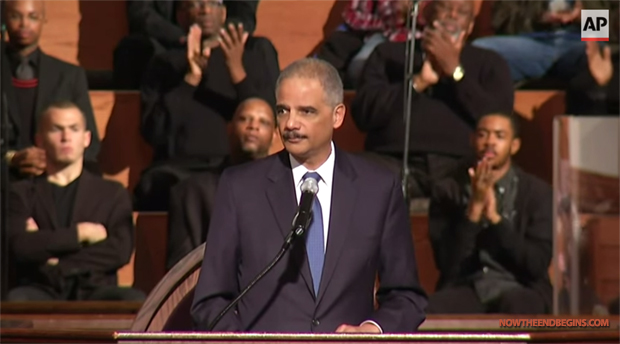 Holder traveled to Atlanta to meet with law enforcement and community leaders for the first in a series of regional meetings around the country. The president asked Holder to set up the meetings in the wake of clashes between protesters and police in Ferguson, Missouri.

“In the coming days, I will announce updated Justice Department guidance regarding profiling by federal law enforcement. This will institute rigorous new standards — and robust safeguards — to help end racial profiling, once and for all,” Holder said. “This new guidance will codify our commitment to the very highest standards of fair and effective policing.”

Read the rest of the story on Pat Dollard…