Attorney General Eric Holder said on Friday that gun tracking bracelets are something the Justice Department (DOJ) wants to “explore” as part of its gun control efforts.... 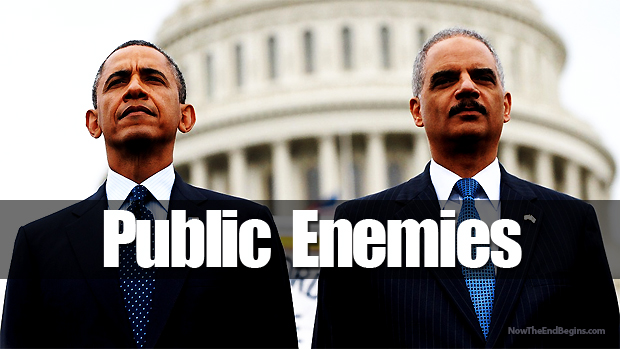 “A well regulated militia being necessary to the security of a free State, the right of the People to keep and bear arms shall not be infringed.” September 21, 1789, Second Amendment to the United States Constitution.

Barack Obama & Company hate the Second Amendment, but he knows he can never just abolish it directly. But taking a handful of steps that so hinder the gun owner to the point where he can’t even fire it anymore, now that’s something they can do. And are doing.

Washington: Attorney General Eric Holder said on Friday that gun tracking bracelets are something the Justice Department (DOJ) wants to “explore” as part of its gun control efforts. When discussing gun violence prevention programs within the DOJ, Holder told a House appropriations subcommittee that his agency is looking into technological innovations.

“I think that one of the things that we learned when we were trying to get passed those common sense reforms last year, Vice President Biden and I had a meeting with a group of technology people and we talked about how guns can be made more safe,” he said.

Dismantling the Constitution one step at a time.

“By making them either through finger print identification, the gun talks to a bracelet or something that you might wear, how guns can be used only by the person who is lawfully in possession of the weapon.”

“It’s those kinds of things that I think we want to try to explore so that we can make sure that people have the ability to enjoy their Second Amendment rights, but at the same time decreasing the misuse of weapons that lead to the kinds of things that we see on a daily basis,” Holder said.

The Justice Department has requested $382.1 million in increased spending for its fiscal year 2014 budget for “gun safety.” Included in the proposal is $2 million for “Gun Safety Technology” grants, which would award prizes for technologies that are “proven to be reliable and effective.”

A recent innovation allows a gun owner to only unlock a safe with a fingerprint scan and an “RFID-equipped bracelet.” Others have suggested manufacturing GPS tracking and RFID chips into every gun. RFID chips transmit location data and are used by law enforcement agencies to send automatic alerts if a weapon moves away from the tracker, indicating that the gun is lost or stolen. source – Washington Free Beacon