“Sexual-minority youth should not be considered abnormal,” the American Academy of Pediatrics (AAP) said in its new materials on lesbian, gay, bisexual, transgender and questioning (LGBTQ) youths, released Monday.... 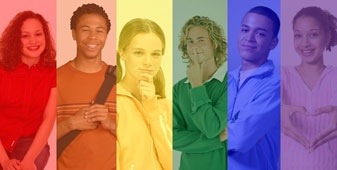 The LGBTQ Agenda is being forced on America
In its first sexual-orientation policy update in nearly a decade, the nation’s largest pediatricians group said its members should do more to fight “heterosexism” and “homophobia,” as well as step up their care of teens with same-sex attractions.

“Sexual-minority youth should not be considered abnormal,” the American Academy of Pediatrics (AAP) said in its new materials on lesbian, gay, bisexual, transgender and questioning (LGBTQ) youths, released Monday.

The policy statement and technical report — which updates a 2004 policy — is nonbinding but recommends that pediatricians create offices that are “teen-friendly and welcoming to all adolescents, regardless of sexual orientation and behavior.”

Doctors can signal their openness to LGBTQ youths by putting out brochures with pictures of “both same- and opposite-gender couples” or posting a “rainbow” decal on an office door or bulletin board. The report also suggests that medical questionnaires be changed to be gender-neutral, and that staff be trained to not ask a boy about his girlfriend, but to ask him to “tell me about your partner” instead.

AAP’s new guidelines are not filled with “gloom and doom” about LGBTQ youths, said Dr. David A. Levine, lead author and member of the AAP’s Committee on Adolescence.

RELATED STORY: Homosexuality And The Bible

“There is an emerging literature about resiliency [in these populations], and about the fact that parental acceptance and parental love, family connectiveness, religious connectiveness and school connectiveness are all very protective against risk behaviors,” said Dr. Levine, who is a professor of pediatrics at Morehouse School of Medicine in Atlanta.

It really shouldn’t be a surprise that when teenagers feel valued and secure, they develop positive self-esteem — and that is what buffers them against high-risk behaviors, he said.

Leaders of smaller pediatricians groups said they agree that all patients should be treated with compassion, respect and quality care, but they do not believe that non-heterosexual orientations should be normalized.

“That’s where we would disagree. Major, major disagreement,” said Dr. Den Trumbull, president of the American College of Pediatricians, which was formed in 2002 as an alternative to AAP over its policy on gay adoption.

Another group, Christian Medical and Dental Associations (CMDA), says “homosexual behavior can be changed,” and children experiencing “gender-identity confusion” should receive therapy if needed, and be around “appropriate role models.”

AAP, which was founded in 1930 and has 60,000 members, offers unprecedented guidelines on transgender and “questioning” youths, gender-identity formation and gender dysphoria in its new “Office-Based Care for Lesbian, Gay, Bisexual, Transgender and Questioning Youth.” AAP policy statements in 2004, 1993 and 1983 either ignored or only touched on topics such as these.

It covers problems such as eating disorders, substance abuse, depression, suicide ideation and sexual risk-taking, and identifies homophobia (“the irrational fear and resulting hatred of homosexuals”) and heterosexism (“the societal expectation that heterosexuality is the expected norm, and that, somehow LGBTQ individuals are abnormal”) as major sources of distress for LGBTQ youths.

Thus, pediatricians “should support or create gay-straight alliances at schools, and support the development and enforcement of zero-tolerance policies for homophobic teasing, bullying, harassment and violence,” the AAP policy said.

It also said that therapy to change one’s sexual orientation is “never indicated,” and urged any pediatrician “who does not feel competent to provide specialized care for sexual-minority teens and their families” to refer them for medically appropriate care elsewhere. “Being LGBTQ is normal, just different,” the AAP policy said.

Dr. Trumbell disputed many of the AAP’s statements.

As many as 25 percent of youths experience “transient or temporary same-sex attractions,” yet the number of gay adults is much lower — 2 percent to 3 percent of the population, he said.

“Spontaneous and assisted change is possible,” and if a teen’s sexual-orientation confusion is not encouraged or validated, in the vast majority of cases, he or she “will return to heterosexual orientation,” said Dr. Trumbull, who has a pediatrics practice in Alabama.

“It’s wrong for anyone to be bullied or mocked or stigmatized. At the same time — and I know this is heresy to the lesbian and gay community — I do not think we should normalize these kinds of behaviors and orientations,” said Dr. Jerry A. Miller Jr., a pediatrician in Augusta, Ga., who is chairman of the CMDA’s pediatric section.

Teens can get involved in so many risky behaviors, especially regarding drugs, alcohol and sex, said Dr. Miller. As caring physicians, “we want our patients to thrive, and we just don’t think that is going to occur in that [LGBTQ] lifestyle.” source – Wash Times