The microphone she was yelling into was turned off, but lawmakers and staffers report she was ranting about Free Masons, the devil and the House being divided.... 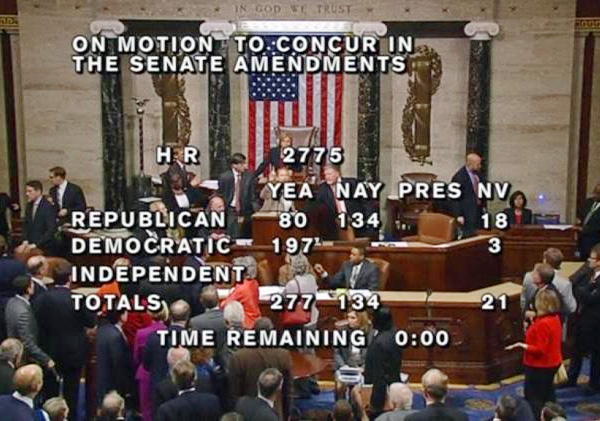 The real history of America

Perhaps the most telling part of the government shutdown drama occurred as the (manufactured) crisis was being resolved. A House employee stood up and began shouting about Freemasons being in control of Washington, and that it had become a habitation of devils.

And that was the truest thing yet spoken during this whole debacle.

From Yahoo News: On Wednesday night, as the House of Representatives was voting on a last-minute deal to end the 16-day budget stalemate, a long-time House stenographer calmly stepped up to the rostrum and started shouting into a microphone.

The microphone she was yelling into was turned off, but lawmakers and staffers report she was ranting about Free Masons, the devil and the House being divided.

A House GOP aide told CNN the woman said, “Do not be deceived. God shall not be mocked. A House divided cannot stand.”

The woman, identified by ABC News and other sources as Dianne Reidy, was quickly pulled off the rostrum by House security officers.

As she was being led away, she was heard to shout, “This is not one nation under God. It never was.”

A number of staffers who said they knew the woman well told CNN’s Dana Bash the incident surprised and saddened them.

“She’s a well-known person, she’s a perfectly nice person, a good colleague, somebody who’s respectable and dependable, and this is very surprising to everybody who works with her,” Bash reported. source – Yahoo News