White House emails reviewed by ABC News suggest the edits were made with extensive input from the State Department. ... 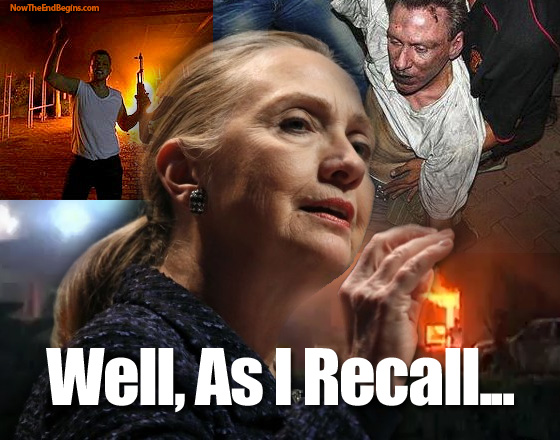 The Benghazi Coverup is crumbling by the day

When it became clear last fall that the CIA’s now discredited Benghazi talking points were flawed, the White House said repeatedly the documents were put together almost entirely by the intelligence community, but White House documents reviewed by Congress suggest a different story.

ABC News has obtained 12 different versions of the talking points that show they were extensively edited as they evolved from the drafts first written entirely by the CIA to the final version distributed to Congress and to U.S. Ambassador to the U.N. Susan Rice before she appeared on five talk shows the Sunday after that attack.

White House emails reviewed by ABC News suggest the edits were made with extensive input from the State Department.  The edits included requests from the State Department that references to the Al Qaeda-affiliated group Ansar al-Sharia be deleted as well references to CIA warnings about terrorist threats in Benghazi in the months preceding the attack.

That would appear to directly contradict what White House Press Secretary Jay Carney said about the talking points in November.

“Those talking points originated from the intelligence community.  They reflect the IC’s best assessments of what they thought had happened,” Carney told reporters at the White House press briefing on November 28, 2012.  “The White House and the State Department have made clear that the single adjustment that was made to those talking points by either of those two institutions were changing the word ‘consulate’ to ‘diplomatic facility’ because ‘consulate’ was inaccurate.”

Summaries of White House and State Department emails — some of which were first published by Stephen Hayes of the Weekly Standard — show that the State Department had extensive input into the editing of the talking points.

State Department spokesman Victoria Nuland raised specific objections to this paragraph drafted by the CIA in its earlier versions of the talking points:

“The Agency has produced numerous pieces on the threat of extremists linked to al-Qa’ida in Benghazi and eastern Libya.  These noted that, since April, there have been at least five other attacks against foreign interests in Benghazi by unidentified assailants, including the June attack against the British Ambassador’s convoy. We cannot rule out the individuals has previously surveilled the U.S. facilities, also contributing to the efficacy of the attacks.”

In an email to officials at the White House and the intelligence agencies, State Department spokesman Victoria Nuland took issue with including that information because it “could be abused by members [of Congress] to beat up the State Department for not paying attention to warnings, so why would we want to feed that either?  Concerned …”

The paragraph was entirely deleted

Like the final version used by Ambassador Rice on the Sunday shows, the CIA’s first drafts said the attack appeared to have been “spontaneously inspired by the protests at the U.S. Embassy in Cairo” but the CIA version went on to say, “That being said, we do know that Islamic extremists with ties to al-Qa’ida participated in the attack.”  The draft went on to specifically name  the al Qaeda-affiliated group named Ansar al-Sharia. source – ABC News