Was A Nuclear Weapon Just Detonated In China? (VIDEO)

According to the official Chinese Seismological Network, two blasts occurred in the city, a first explosion equivalent to the detonation of 3 tons of TNT, and a second, much... 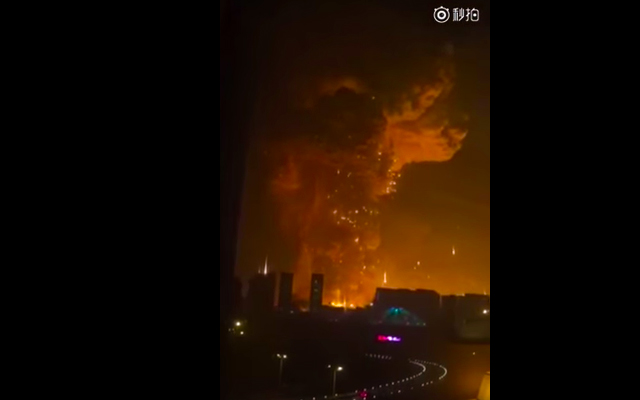 The 12 firefighters who are among the 44 dead came from more than 1,000 who were sent to fight the blaze set off by the explosions shortly before midnight, according to the official Xinhua News agency. It says 520 people are being treated in hospitals, 66 of them seriously injured.

08/13/15 UPDATE: Police are keeping journalists and bystanders away with a cordon as many as a few kilometers (miles) from the site. On China’s popular microblogging platform of Weibo, some users complain that their posts about the blasts have been deleted, and the number of searchable posts on the disaster fluctuated, in a sign that authorities are manipulating or placing limits on the number of posts. source

>>Original Story Follows: A huge explosion rocked the northern Chinese port city of Tianjin on Wednesday, state media reported. Initial reports said hundreds were wounded, although the exact number of casualties has yet to be determined. According to the official Chinese Seismological Network, two blasts occurred in the city, a first explosion equivalent to the detonation of 3 tons of TNT, and a second, much larger explosion 30 seconds later which was equivalent to a detonation of about 21 tons of TNT.

The blast was caused by explosive material in a container at a terminal in Binhai Dist, according to Business Insider.

The official Xinhua news agency said a deafening bang was heard as plumes of flame lit up the sky, scattering dust dozens of meters into the air. 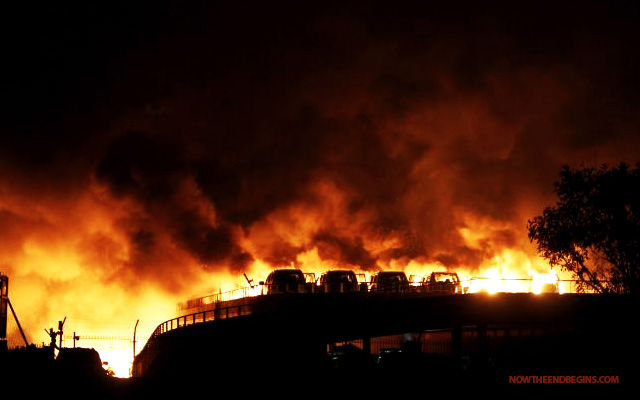 Central Television said on its website no deaths had been reported. It said there had been two explosions within 30 seconds of each other and that about 100 fire trucks had been sent to the scene. Xinhua said fireballs from an initial blast had ignited further explosions in premises nearby.

Video footage of the explosion showed it causing a massive mushroom cloud and a quake that could be felt up to six miles away. source