The Vatican aligned itself with anti-capitalism protesters around the world on Monday when it condemned "the idolatry of the market" and called for a radical shake-up of the global... 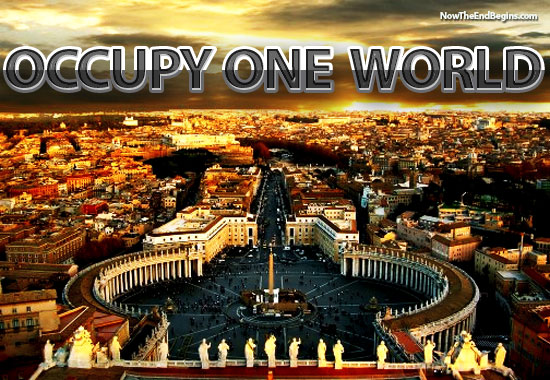 The Vatican aligned itself with anti-capitalism protesters around the world on Monday when it condemned “the idolatry of the market” and called for a radical shake-up of the global financial system.

By demanding that the worst excesses of global capitalism be reined in, the Holy See echoed the message of protesters encamped outside St Paul’s Cathedral in London, the indignados of Spain and the Occupy Wall Street movement in the US.

In a forthright statement, the Vatican’s Pontifical Council for Justice and Peace called for an end to rampant speculation, the redistribution of wealth, greater ethics and the establishment of a “central world bank” to which national banks would have to cede power.

Such an authority would have “universal jurisdiction” over governments’ economic strategies.

Existing financial situations such as the World Bank and International Monetary Fund were outdated and no longer able to deal with the scale of the global financial crisis, which had exposed “selfishness, greed and the hoarding of goods on a grand scale”.

The global financial system was riddled with injustice and failure to address that would lead to “growing hostility and even violence”, which would undermine democracy.

Wealthy countries should not be allowed to wield “excessive power” over poorer nations, the Vatican said.

Cardinal Peter Turkson, the head of the pontifical council, said banks needed to question whether they were “serving the interests of humanity” in the way they operated.

The proposal was short on specific detail, beyond calling for a new tax on international financial transactions.

The Vatican hardly has an exemplary record on financial transparency and propriety.

Last year the Vatican Bank, known officially as the Institute for Religious Works, had €23m (£20m) of its assets frozen by Italian authorities as part of an investigation into suspected money-laundering.

After years of resisting calls for greater openness, the scandal forced the bank to adopt international norms on transparency. The Holy See’s murky financial past has included, most notoriously, its involvement in the bankruptcy of Italy’s biggest private bank, the Banco Ambrosiano, in the early 1980s.

Its president, Roberto Calvi, who was nicknamed “God’s Banker”, was found hanged beneath Blackfriars Bridge, with investigators unable to rule whether he had committed suicide or had been murdered.

Thomas J Reese, a Vatican analyst at Georgetown University in the US, said the “radical” proposals put forward on Monday aligned the Holy See with the Occupy Wall Street movement and meant that the Vatican’s views on the economic crisis were “to the Left of every politician in the United States”.

He said the proposals reflected many of the encyclicals and addresses issued by Benedict XVI on the global economy during the last six years of his papacy. source – Telegraph UK