United Nations Plan To Seize Control Of The Internet

Next week the United Nations' International Telecommunications Union will meet in Dubai to figure out how to control the Internet. Representatives from 193 nations will attend the nearly two... 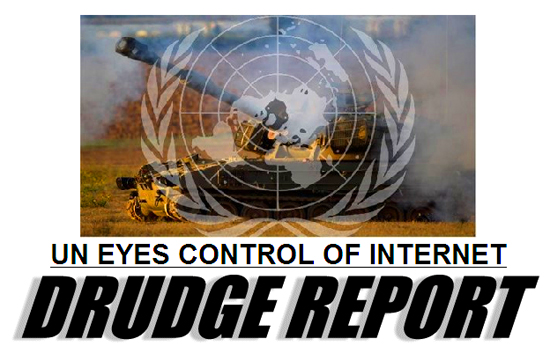 They will not stop till they do it

Next week the United Nations’ International Telecommunications Union will meet in Dubai to figure out how to control the Internet. Representatives from 193 nations will attend the nearly two week long meeting, according to news reports.

“Next week the ITU holds a negotiating conference in Dubai, and past months have brought many leaks of proposals for a new treaty. U.S. congressional resolutions and much of the commentary, including in this column, have focused on proposals by authoritarian governments to censor the Internet. Just as objectionable are proposals that ignore how the Internet works, threatening its smooth and open operations,” reports the Wall Street Journal.

“Having the Internet rewired by bureaucrats would be like handing a Stradivarius to a gorilla. The Internet is made up of 40,000 networks that interconnect among 425,000 global routes, cheaply and efficiently delivering messages and other digital content among more than two billion people around the world, with some 500,000 new users a day. …

“Proposals for the new ITU treaty run to more than 200 pages. One idea is to apply the ITU’s long-distance telephone rules to the Internet by creating a ‘sender-party-pays’ rule. International phone calls include a fee from the originating country to the local phone company at the receiving end. Under a sender-pays approach, U.S.-based websites would pay a local network for each visitor from overseas, effectively taxing firms such as Google and Facebook. The idea is technically impractical because unlike phone networks, the Internet doesn’t recognize national borders. But authoritarians are pushing the tax, hoping their citizens will be cut off from U.S. websites that decide foreign visitors are too expensive to serve.”

Even Google has already come out against the ITU

“The ITU is the wrong place to make decisions about the future of the Internet,” says Google. “Only governments have a voice at the ITU. This includes governments that do not support a free and open Internet. Engineers, companies, and people that build and use the web have no vote.”